Secaucus Police say a bomb threat called into Hudson Regional Hospital on Meadowlands Parkway shortly past 3 o’clock this afternoon turned out to be unfounded.  The threat was one of two in Hudson County today.  The other was at the Shop Rite supermarket on Madison Street in Hoboken, which also turned out to be false. 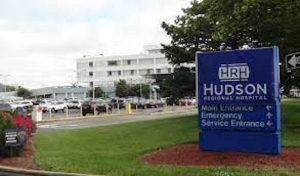 The Hudson County Sheriff’s Department K-9 unit, plus other law enforcement agencies, did a complete sweep of the hospital, but the search came up clean.  Secaucus Police say the hospital was not evacuated, but people were asked to avoid the area surrounding the hospital.

Multiple bomb threats were also called in to numerous Costcos across New Jersey.  All proved to be hoaxes.