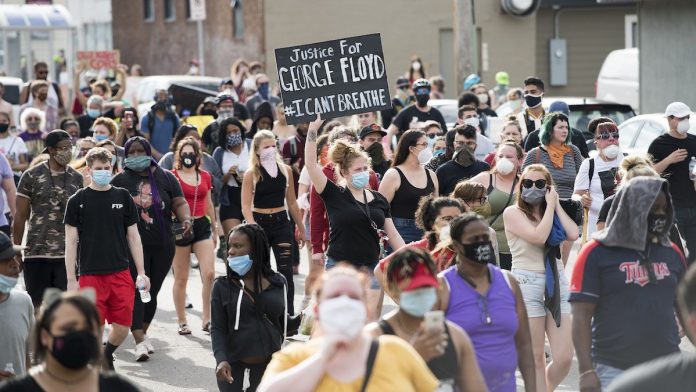 Booker is co-author of Senate companion, along with Sen Harris

WASHINGTON, D.C. – U.S. Senator Cory Booker (D-NJ) issued the below statement on passage of the George Floyd Justice in Policing Act in the House of Representatives, a bill he co-authored with U.S. Senator Kamala Harris, Congressional Black Caucus Chair Karen Bass, and House Judiciary Committee Chair Jerrold Nadler. The sweeping legislation, which is cosponsored by 37 Senators and 230 members of the House of Representatives, awaits consideration in the Senate.

“I applaud my colleagues in the House for taking real, meaningful action to reform police practices, end police brutality, and change the culture of law enforcement in this country. People across the nation are demanding change, and with today’s vote, the House of Representatives has heeded that urgent call.

“I remain hopeful that my Republican colleagues in the Senate will follow today’s action in the House by entering into a sincere bipartisan effort to deliver real reform rather than continuing to pursue approaches – like their completely inadequate Justice Act — that won’t bring the change we need. The only path toward preventing more black people from being killed by the very people who are sworn to protect them is to implement meaningful accountability, transparency, and reform of police practices like what’s included in the Justice in Policing Act. Anything short of that is a failure.”

Hudson County Certifies Election Results, First In State To Do So

COVID-19 UPDATE 11/24/2020 Under the direction of Mayor Davis, OEM provides weekly updates on the status of Bayonne in relation to the COVID-19 Health Emergency. Bayonne Residents CURRENTLY Positive – 206* The number above reflects the Bayonne residents that are CURRENTLY COVID-19 Positive. OEM UP...
View on Facebook
·Share

First responders, teachers and medical workers can get a free, Christmas tree on Saturday in Braddock Park in North Bergen thanks to a local business, the township and Freeholder Chairman Vainieri. ... See MoreSee Less

‘Tis the holiday season and a local Hudson County business is giving back to the community in a very charitable way. It’s their way of saying thank you for what certain essential workers have done during the pandemic. DT Allen Contracting Offering Free Christmas Trees to First Responders, Medica...
View on Facebook
·Share

Despite massive opposition from approximately 100 speakers on Tuesday during a virtual meeting lasting approximately ten hours, the Hudson County Freeholder Board, by a vote of 6-3, has approved a contract up to ten years with the United States Immigration and Customs Enforcement (ICE) to continue h...
View on Facebook
·Share

We need more sweeps by I.C.E! Round up ALL these illegals. They come in ALL colors, shapes & sizes and none of them belong here. Don’t be shamed into thinking your a racist. These criminals are soaking the taxpayers.

Jabbour n Cohen will be the first one to complain when Hoboken got a tax raise. Just Ravi controlling his 2 councilman n women.

You could be dying in front of those corrupters, their “AVARICE” is infinity!