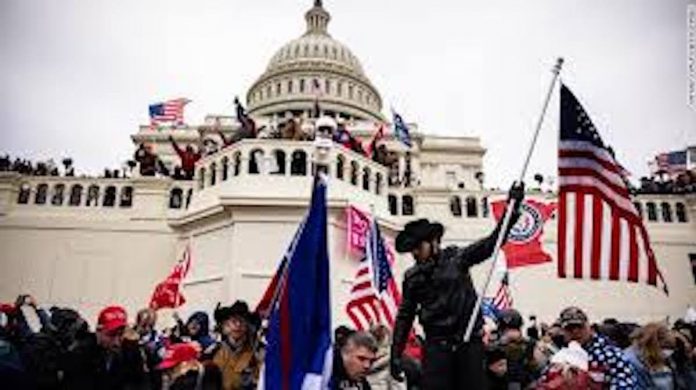 According to a noontime report from ABC News, the FBI is reporting that armed protests are planned for all 50 states in the week before the Presidential inauguration:

A bombshell report this afternoon from ABC News: “The FBI has ‘received information about an identified armed group intending to travel to Washington, DC on 16 January. They have warned that if Congress attempts to remove POTUS via the 25th Amendment a huge uprising will occur,’ according to a bulletin obtained by ABC,” reports Aaron Katersky.

And this, from ABC reporter Josh Margolin:

He also descried those who refuse to identify and condemn those perpetrating the heinous act of treason.

“When you excuse their actions, you empower them to act again,” said Murphy.