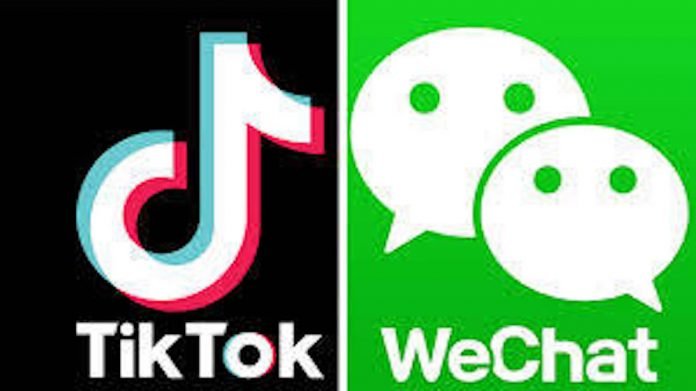 The United States Commerce Department announced on Friday morning that it will ban all business transactions with the Chinese-owned, social media apps TikTok and WeChat on Sunday.  This breaking news coming ahead of an expected announcement by President Trump later today as to whether the U.S. government plans to approve a deal whereby Oracle would become a minority stakeholder in TikTok.

Commerce Secretary Wilbur Ross said in a statement today that, “At the President’s direction, we have taken significant action to combat China’s malicious collection of American citizens’ personal data, while promoting our national values, democratic rules-based norms, and aggressive enforcement of U.S. laws and regulations.”

It’s not known at this time if this morning’s announcement by the Commerce Department means there is no possibility of the Oracle deal going through ahead of Sunday’s deadline. Numerous media outlets are speculating this could be “an aggressive move” by the President to “push’ his original plan for TikTok to be completely owned by a company in the United States.  On August 6 the President signed an Executive Order giving TikTok 45 days to sell its U.S. business interest to a company in America or face a ban in this country.

Trump’s EO focused on national security concerns over the Chinese government having access to user data in the two apps.

WeChat is owned by the Chinese company Tencent and is considered one of the world’s most popular, social messaging apps.  ByteDance, another Chinese company, owns TikTok.

The statement this morning by the Commerce Department said, beginning on September 20, American companies will be banned from distributing the two apps.  That means Apple and Google would have to remove the apps from their libraries.