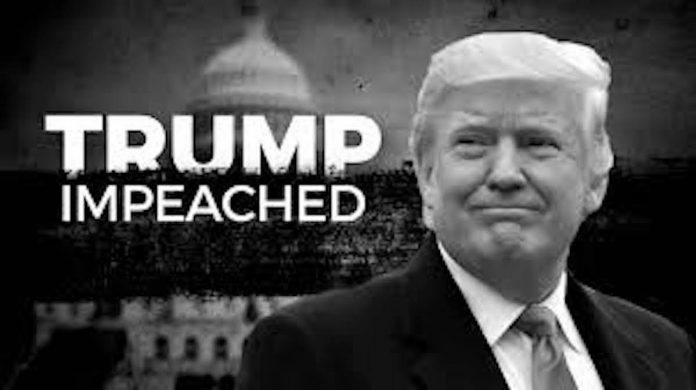 This afternoon, President Donald Trump became the first President in American history to be impeached for a second time.  The House of Representatives vote was 232 to 197, with 10 Republicans joining the Democrats to vote in favor of impeachment.  4 Representatives did not vote.

The House vote comes following last week’s attack on the United States Capitol by Trump supporters as members were ratifying the Electoral College votes, which certified the election victory of Joe Biden and Kamala Harris.

Meanwhile, Senate Majority Leader Mitch McConnell’s (R-Ky.) office told Senate Minority Leader Charles Schumer’s (D-N.Y.) staff on Wednesday that the GOP will not agree to reconvene the Senate before Jan. 19 to allow an impeachment trial while President Trump is still in office.

Prior to this afternoon’s historic action by the House of Representatives, Congressman Albio Sires’ office released the following press release:

“Last night, I voted in favor of a resolution calling on the Vice President to convene the Cabinet and activate the 25th Amendment of the Constitution to declare the President incapable of executing his duties of office,” said Rep. Sires. “Today, the House will be considering an article of impeachment against the President for his role in inciting violence against the Government of the United States. The words and actions of the President that led to a violent mob storming the Capitol on January 6th are despicable and must be addressed.”

Last night’s resolution, introduced by Rep. Jamie Raskin (D-MD), and passed by the House expresses the sense of the House of Representatives that Vice President Michael Pence should use his authority under section 4 of the 25th Amendment to mobilize members of the President’s Cabinet to declare that the President is unfit for office and unable to comply with his duties as President. If this step were to be taken, the Vice President would be elevated to the role of the President until January 20th, 2021, when President-Elect Biden will be sworn in as the 46thPresident of the United States. Congressman Sires is a cosponsor of this legislation.