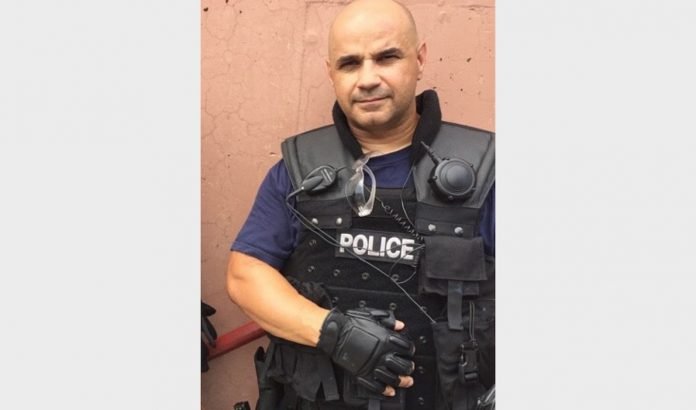 It is with great sadness that the City of Union City in conjunction with the Union City Police Department notifies you of the passing of Police Officer, Alex Ruperto.

Officer Ruperto grew up in Union City and graduated from Emerson High School in 1986.  In 1999, he graduated from the Bergen County Police Academy, Class #82.  Officer Ruperto was one of the original members of the Emergency Services Unit (“ESU”) and was most recently assigned as a Detective in the Training Division.

Officer Ruperto, 52, resided in Glen Ridge and leaves behind two adult children, Juliana and Alex, Jr.  Juliana is an employed by the Union City Police Department as a Public Safety Telecommunicator.

“Alex was kind, patient, soft-spoken and genuine.  My heart breaks for his family and his UCPD family, especially in ESU as they knew him best.” said Chief Nichelle Luster.  “It is devastating that his family and co-workers who could not be by his side when he passed.  Alex was a good person and an exceptional officer and I know we will all remember him fondly.”

“My heart is heavy today after learning of Alex’s passing,” said Mayor Brian P.Stack. “I have always known Alex to be a consummate professional who is competent and compassionate.  My thoughts and prayers are with Alex’s family, friends and his fellow officers in the police department.  I ask at this time that all residents of Union City keep Alex’s family and the Union City Police Department in your thoughts and prayers.”