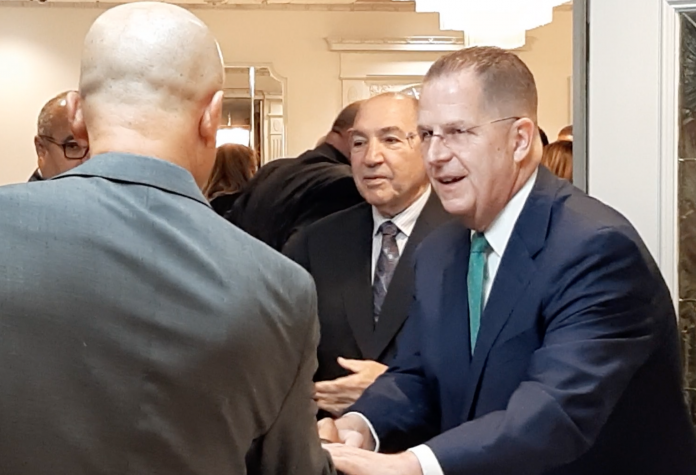 The annual Brian P. Stack Civic Association, one of the largest civic-minded organizations in New Jersey, held its annual fundraiser at The Graycliff in Moonachie on Thursday night.  Normally this event draws around two thousand people, but this year, in the aftermath of the pandemic, the Association purposely held ticket sales to around 500 people.

Despite the small crowd, it was still a lively night, as various elected officials showed up to support the cause of the Association and Mayor Stack himself.  Among those in attendance were Union City Board of Commissioners, Assemblywoman Annette Chaparro, former State Senator Bernie Kenny, Union City Superintendent of Schools Silvia Abbato and past Superintendent Stanley Sanger, West New York Mayor Gabriel Rodriguez, Weehawken Mayor Richard Turner, Union City Police Chief Nichelle Luster and New Jersey Lieutenant Governor Sheila Oliver.

The Civic Association raised a lot of money for its various causes, not the least of which are the Thanksgiving turkey donations and the children’s Christmas parties and toy giveaways.


Mayor/Senator Stack says the 33rd District Legislative team will campaign hard right until the polls close on Tuesday, and he hopes the Governor does the same, taking nothing for granted.