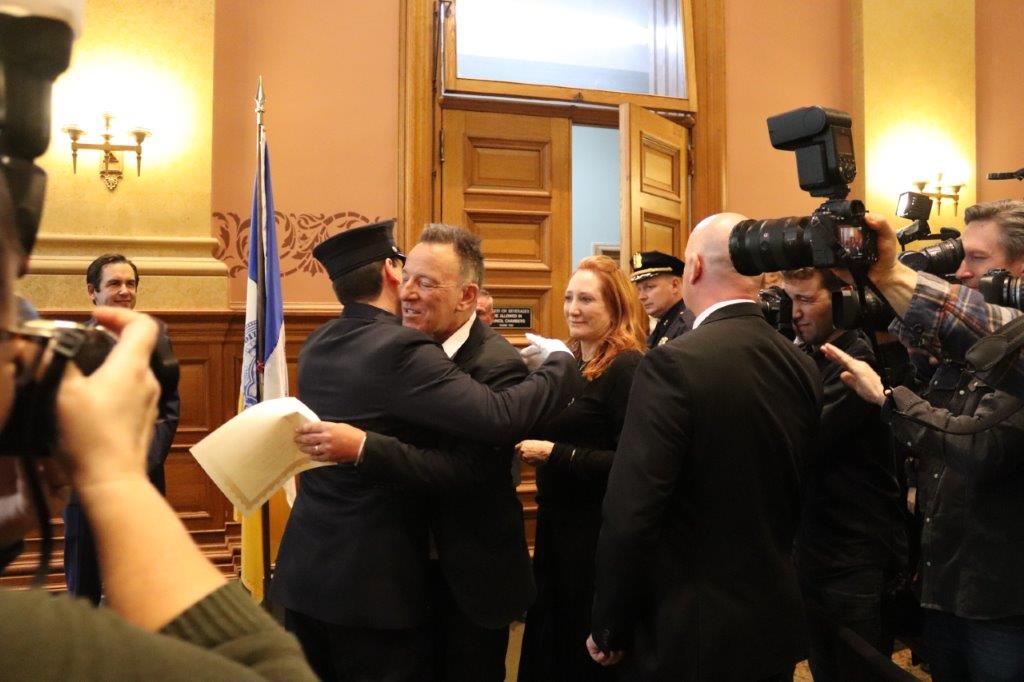 The Jersey City Fire Department added 15 new members this morning, during a ceremony that attracted the local and national media.  The Council Chambers at City Hall was standing room only as family and friends gathered with city officials and first responders to see the new firefighters be sworn in by Mayor Steven Fulop and Fire Chief Steven McGill.

Among the 15 new smoke eaters was the son of Bruce “The Boss” Springsteen, Sam Springsteen.  His parents and family members watched with pride as Sam took the oath.

Of the training, Sam said, “It wasn’t easy.”  His mother, Patti Sciafals, was proud that her son followed his dream.

Chief McGill pointed out that the Fire Department now has two sisters on the, job for the first time.  Battalion Chief Conni Zappella was present as her sister, Francesca, took the oath.