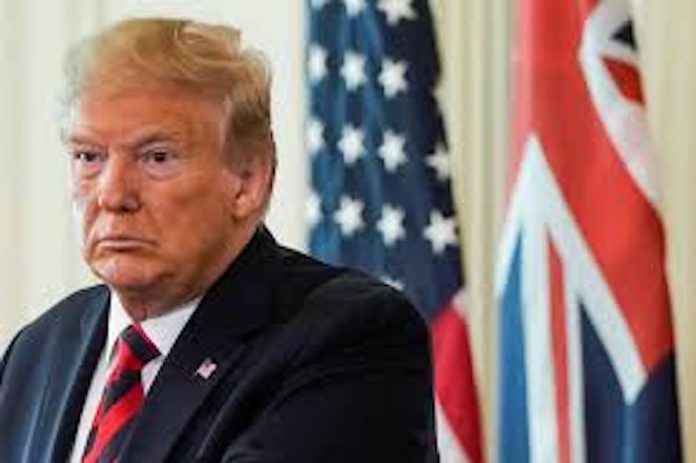 President-Elect Joe Biden and Vice President-Elect Kamala Harris will be sworn in to office in less than two weeks.  Following Wednesday afternoon’s riot at the United States Capitol, which saw supporters of President Donald Trump storm their way into the Senate Chamber as the Electoral College vote was being certified, calls for the impeachment of the President have intensified, with many elected officials, both Democrat and Republican, saying Trump is unfit to hold the office until the January 20 inauguration.  Calls for Trump’s resignation are also mounting, although realistically, that probably is not a consideration.  Vermont’s Republican Governor Phil Scott is demanding that the President either resign or be removed from the Oval Office by force.

Meanwhile, federal prosecutors today filed their first charges stemming from the riot at the Capitol.   One man has been charged with assaulting a police officer and another with illegally possessing a loaded handgun.   Each of the criminal complaints were filed in Federal District Court in our nation’s capital.

Washington, D.C.’s Metropolitan Police Department has announced nearly 70 people have been arrested for their actions at the riot, with charges including unlawful entry, gun possession and assault. The United States Capitol Police announced the arrests of 14 other people on Thursday.

Congressman Albio Sires (D – District 8) tweeted this afternoon, “The death of Capitol Police Officer Brian Sicknick, a New Jersey native, is heartbreaking, and I find myself deeply frustrated and sickened. His death came at the hands of fellow Americans, who gave not an ounce of thought to those they terrorized as they stormed the Capitol.  Officer Sicknick defended the Capitol from those who sought to tear it down. I am sending my deepest condolences to Officer Sicknick’s family and friends for their loss, and call for swift criminal charges against those responsible for his death.”

Congressman Donald Payne (D – District 10) was among many on Capitol Hill to express support for a House impeachment resolution, co-sponsored by New Jersey Congresswoman Bonnie Watson Coleman, saying, “We have never had a president who cared less about the American people.  Since the November election, he has shown that his ego and personal profiteering are far more important than his job to protect the country and defend the Constitution.  I thought we might be able to survive his reckless and criminal behavior until the January 20 inauguration of Joe Biden as our 46th President.  But his actions in Georgia and his support for rioters and terrorists during the siege of our Capitol Building, a symbol of democracy worldwide, shows he should be removed from office immediately.  Once he is removed, we can work to restore America as one nation with liberty and justice for all again.”

New Jersey Senator Cory Booker is calling on the President’s Cabinet to invoke the 25th Amendment to remove Trump from office, saying, “Donald Trump has shown he is a direct threat to the safety and security of Americans and the integrity of our democracy.”

Ten members of New Jersey’s Congressional delegation have called for the removal of the President prior to the inauguration, saying he incited this week’s riot at the Capitol and is a threat to America’s democracy.  Hudson County Congressmen Albio Sires and Bill Pascrell support the President’s removal from office.

New Jersey Democratic State Committee Executive Director Saily Avelenda stated,  “Five people are dead, including a Capitol Hill police officer from New Jersey, and the U.S. Capitol has been desecrated as a direct result of mob violence fomented by President Trump and other Republicans’ embrace of dangerous and unfounded conspiracy theories about voter fraud. Rather than taking even a moment to reassess his decision to spread this poison, Doug Steinhardt has instead decided to double down and dive even deeper into the realm of QAnon-style, completely debunked conspiracy theories about voting. At a time when New Jersey and our country need responsible leadership from both parties, Doug Steinhardt has once again proven himself to be totally unfit to serve as Governor.”

And John Currie, NJDSC Chairman stated today, “On behalf of the New Jersey Democratic State Committee, I stand with the members of our Congressional delegation in calling for President Trump to be immediately removed from office. The damage that was done to our country this week by the President and his followers and enablers will take a significant amount of time to be undone, and there is no telling what else he is capable of at this perilous moment. The Vice President and the Cabinet should invoke the 25th Amendment and remove the President from office, and if they will not act then Congress should move swiftly to begin the impeachment process. A message must be sent that President Trump’s reprehensible conduct, his willful endangering of elected officials and other public servants and his attempts to destroy our democracy cannot stand.”