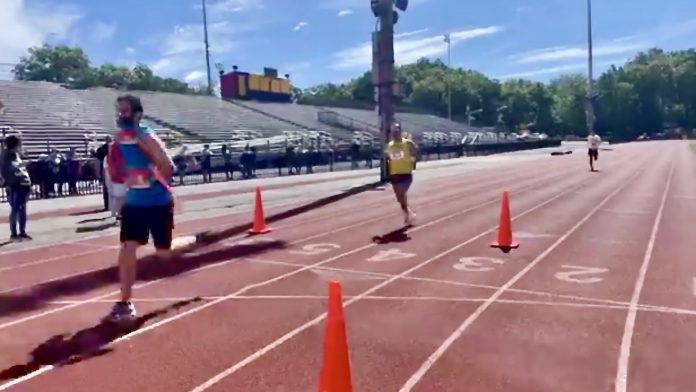 It was a great day for a 5K and benefited a fantastic cause.

Braddock Park was the scene and featured a breathtaking view of the Manhattan skyline along Boulevard East, which was the toughest part.

“As much as it doesn’t look it, it’s uphill,” says the mayor, adding that the race is for anyone. “People run, walk and (even) push baby carriages; it’s a lot of fun.”

Proceeds of this charitable event provide funding for the Nicholas J. Sacco Foundation.

According to the mayor, the event was grounded for two-years due to COVID.

Everyone was happy to be back.

“The best part is seeing people out here in the sun and enjoying themselves,” Sacco says.

Almost 600 people turned out for the event.

Runner Jhonathan Matamoros, who trains year-round with his team (the Underdogs) thinks the Sacco 5K is great for the community.

“A lot of people don’t know about running; it’s close (by) and something special,” Matamoros says.

They ran and represented.

The recent funding through this tax exempt foundation consisted of tax services for seniors in the community and various scholarships for North Bergen High School students.

It also provided emergency relief to fire victims, local food pantries and meals for the needy during the holiday season.