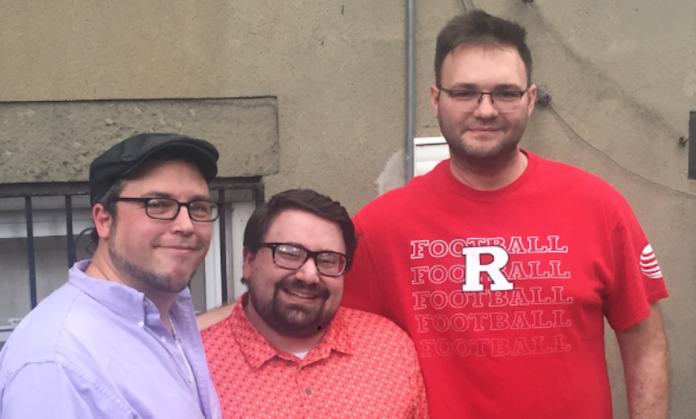 Joshua Sotomayor Einstein stated, “it was great to have a leader at the core of the Ciattarelli campaign come up to Hudson. In past years, we in the Hoboken Municipal GOP Committee and the Hispanic Republicans of North Jersey, have had the pleasure of having Jack Ciattarelli himself as well as his Campaign Manager, his Political Director spoke at a debate watch I organized, and now his Deputy Campaign Manager Lamberto has come to an event in the county.” Sotomayor Einstein continued, “he [Lamberto] didn’t mince words – he spoke right to the heart of the matter of uniting the post-primary GOP and winning the hearts and minds of non-Republican moderate and independent voters who are tired of the high cost of living, lack of responsibility, rule by fiat, and culture war crusades being fought by feckless Phil Murphy and his extremist left wing Dems.”

Pavel Sokolov, the Chairman of the Hudson County Young Republicans stated that, “it’s so important that we Republicans come together especially in very blue areas to get rid of Phil Murphy and his disastrous policies which locked down and destroyed so many New Jersey jobs.” Sokolov continued, “we need leadership, grassroots and title holders, who work for the Republican Party and fight against the Democrat machine politicians who rule Hudson County and New Jersey, and Angelo Lamberto’s visit was all about that. It was a great time!”