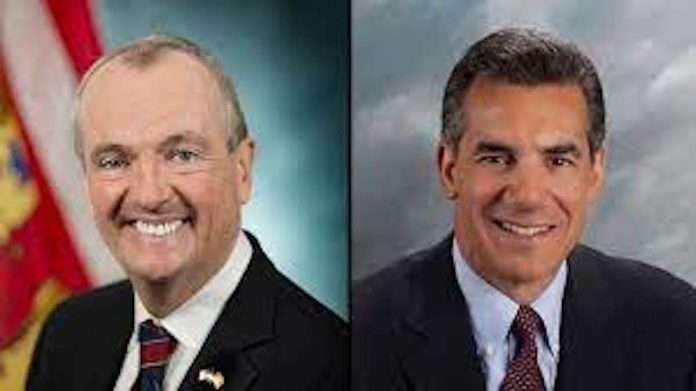 In a statement issued by the Governor, he said, “I’m honored and humbled that my fellow Democrats have once again put their faith in me to serve as their nominee for Governor of New Jersey. Together, through a broad coalition of New Jerseyans from all backgrounds, we showed unity and strength in our shared goal of moving New Jersey forward.

“Over the last three-plus years, we’ve made tremendous progress to build a stronger, fairer, and more resilient state not just for today, but for generations to come.

“The choice in November is clear. We can either keep New Jersey moving forward or go backward. It’s a choice between standing for higher wages or going back to an economy that only worked for the wealthy and well-connected. It’s a choice to defend reproductive rights under threat from the U.S. Supreme Court or put political ideology over health care. It’s a choice to make education better and more affordable, from pre-K to college, or a state that only works for the few and not for all.

“I’m confident that voters will choose facts and our shared values over divisive rhetoric and the failed ways of the past that worked for too few and left too many behind.”

“After a bruising primary full of infighting and Trump-loyalty tests, Jack Ciattarelli has managed to crawl into the general election. Ciattarelli spent the primary running scared in an attempt to win over the far-right and now heads into November as an extreme candidate who’s out of touch with New Jersey values.

“Ciattarelli would take New Jersey backward and undo the progress of the last four years. Ciattarelli spent the primary desperately trying to prove his loyalty to Trump, whose agenda, he says, has ‘been good for America.’ Trump’s policies were a complete disaster for America and New Jersey, and Ciattarelli plans to follow in the former president’s footsteps by restricting voting access, rolling back women’s reproductive rights, and slashing funding for public education.

“New Jerseyans want a leader who will focus on the real issues of education, health care, and jobs, not someone who’s still caught up in the failed policies and dangerous conspiracies of Donald Trump’s presidency. This November, New Jerseyans will reject the Ciattarelli-Trump agenda by re-electing Gov. Phil Murphy.”

Ciattarelli won the GOP Primary, defeating two other Republicans who had aligned themselves more closely with former President Trump.

Ciattarelli, a lifelong Somerset County, resident paints himself as the opposite of the wealthy, Massachusetts-born incumbent Governor.

Murphy is a former Wall Street executive and U.S. ambassador to Germany who ran unopposed for the Democratic nod Tuesday.   He is vying for a second term in the State House.

“Here’s Phil Murphy’s problem: He wasn’t raised here, never went to school here, never owned a business here,” Ciattarelli told supporters in his victory speech at a banquet hall in Somerset. “He’s somebody else. I’m you. I mean, have you seen this guy eat pizza?”

”He’s not New Jersey,” CiattarellI added about Murphy, who has lived in Middletown with his family for more than 20 years. “And in January 2022, he’s not our governor.”