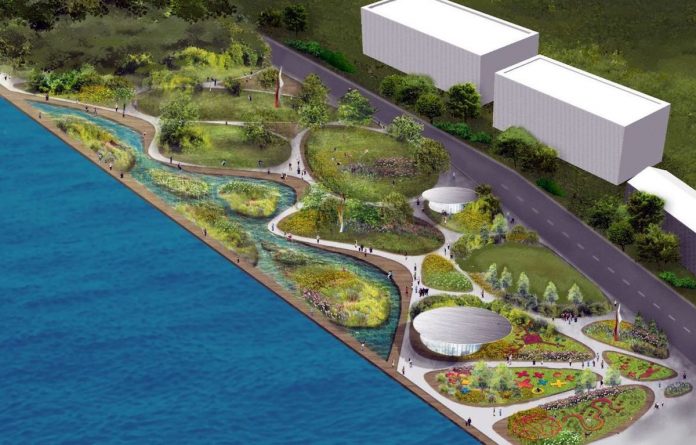 A proposal released today by the United States Fish and Wildlife Service and National Oceanic and Atmospheric Administration indicates that the Borough of East Newark would get a 5-acre, Passaic River waterfront park.  The news was first reported by nj.com and says the future open space would be constructed at no cost to taxpayers.

The draft plan early resolution for the proposal, which totals 49 pages, does not indicate where along the Passaic River in the Borough the future park would be built.

Why is this being considered for East Newark?  According to the nj.com report, “the proposal is associated with the extensive Diamond Alkali Superfund site in Newark, which includes the 17.4 miles of the Passaic River from its confluence with the Newark Bay to Dundee Dam; the Newark Bay; the Arthur Kill and the Kill Van Kull; and tidal portions of the Hackensack River.”

The park’s design would include pathways, an elevated Passaic River walkway, grasslands, gardens and wetlands.

Members of the public are welcome to submit comments on the proposed park until January 22, 2021.   Those comments can be submitted in writing, or by emailing: Clay Stern, U.S. Fish and Wildlife Service, 4 E. Jimmie Leeds Road, Suite 4, Galloway, New Jersey 08205 or sending an email to clay_stern@fws.gov .

Should the park come to fruition, it would be years before it became a reality for the public, particularly those living in East Newark, to enjoy.