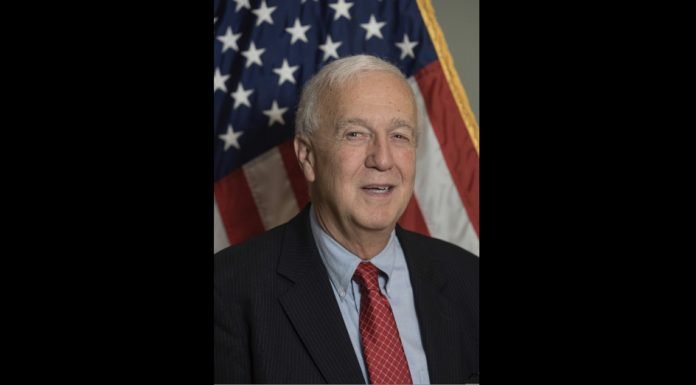 JERSEY CITY, NJ — Ward C Councilman Rich Boggiano will run on Mayor Steven Fulop’s ticket in next year’s citywide election. The two-term representative for the Journal Square area brings a strong personal connection with his constituents to Team Fulop, and as former Marines who share a commitment to Jersey City’s future the duo has forged a strong personal bond in recent years that has transcended previous political differences.

“I’ve never met another public official who is as tenacious a defender of his neighborhood and what makes it special than Rich Boggiano, and I’m excited to have him officially join our team and strengthen our ticket heading into next year’s election,” said Mayor Fulop. “By working together instead of opposing each other Rich and I can do much more to move Ward C forward, like making major improvements to Pershing Field, partnering with the County of Hudson to build a new Journal Square park and working with neighborhood advocates to build a world class performing arts space at the landmark Loews Theater. I’m glad that we were both able to put the past behind us and move forward together.”

Councilman Boggiano was a fierce opponent of attempts by Airbnb to circumvent regulations passed by the City Council to protect quality of life, standing shoulder to shoulder with Mayor Fulop in last year’s heated referendum campaign. He has also worked closely with Mayor Fulop on veteran’s issues, public safety and sustainability initiatives.

“It’s no secret that Mayor Fulop and I haven’t always agreed on everything, but I have gained a lot of respect for him over the course of the last eight years and have come to recognize that Jersey City is in good hands with his leadership in City Hall,” said Councilman Boggiano. “We both share a vision for making sure Jersey City is always a great place to live. That means keeping our neighborhoods safe, making sure housing is affordable for middle class families, providing excellent services and always keeping our city moving forward. I know that Mayor Fulop believes in the same values.”

Councilman Boggiano ran as an independent in the last two citywide elections in 2017 and 2013, defeating candidates aligned with Mayor Fulop decisively each time. By joining Team Fulop, Councilman Boggiano is adding new strength to the Mayor’s ticket that will now also include incumbent Council members Joyce Watterman, Daniel Rivera, Denise Ridley, Mira Prinz-Arey, Yousef Saleh and Jermaine Robinson. Mayor Fulop expects to announce the final members of his slate in the coming weeks.