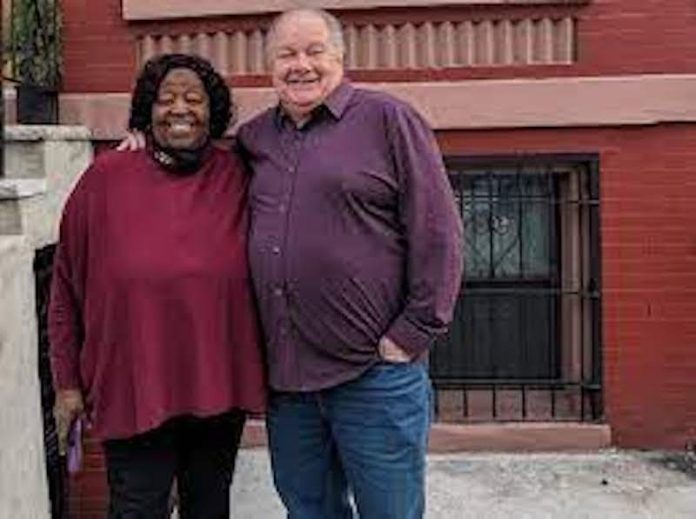 JERSEY CITY, NJ – Craig Guy is announcing that Florence Holmes will serve as Chairwoman for his campaign for Hudson County Executive. A Jersey City native, Florence Holmes is a prominent leader and advocate in her community.

“Florence and I have been friends for many years and I am honored that she is joining our team,” said Craig Guy. “Florence and I met when I was serving as the Executive Officer in the West District in the Jersey City Police Department, and her neighborhood was part of my beat. From then on I’ve admired her leadership and commitment to community organizing and activism. Her deep knowledge of Jersey City and its residents will be invaluable as we work to uplift every community within Hudson County.”

Throughout her long organizing work, Florence has headed block associations in her neighborhood, and works at the Bethune Community Center. She also partnered closely with Guy on community policing programs in Jersey City. Florence’s daughter operates a 501(c)(3) that works to feed the needy in Jersey City and Bayonne, and has also partnered with the county on numerous food insecurity programs.

“I’m so honored to be taking on this role and to be working with my longtime friend Craig,” said Florence Holmes, Chairwoman of Craig Guy for County Executive. “I’ve known and worked with Craig for many years and there is no question that he is the right person for the job. He has spent his entire career dedicated to serving the people of Hudson County, and I’m excited to support his candidacy for County Executive.”

Guy currently serves as the Treasurer of the Hudson County Democratic Organization and the Chief of Staff to the current County Executive Tom DeGise. A lifelong public servant and Democrat, Guy began his career working as a Police Officer in Jersey City for 25 years, as well as serving as President of the Hudson County Schools of Technology Board of Education. From day one he will work to continue expanding public education, keep Hudson County property taxes stable, and invest in parks and recreation spaces.