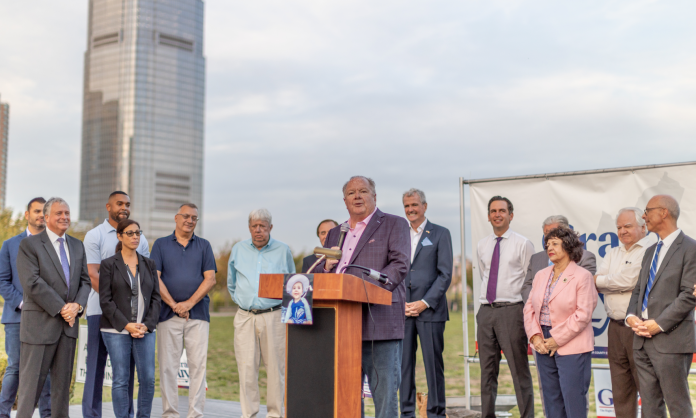 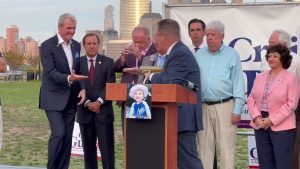 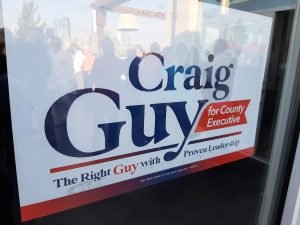 “Serving the people of Hudson County is in my blood and I’m incredibly honored by the outpouring of support we received tonight from Democratic leaders in our community and across the state, as well as from so many of my neighbors and friends, including many that I have known for decades stretching back to my time as a Jersey City police officer” said Guy. “Working together with Tom DeGise, our 12 Mayors and our partners at the state and federal levels, we’ve been able to deliver major progress for Hudson County in so many ways and I’m running for County Executive to continue building on that record. Hudson County is New Jersey’s economic and cultural growth engine, and I’m looking forward to meeting people from across the county over the next nine months to share my vision and talk about how we can keep Hudson County moving forward.”

A former Jersey City Police Officer for over 25 years, Craig Guy currently serves as Chief of Staff to County Executive Tom DeGise. Craig has been an instrumental part of County Executive DeGise’s team since he took office in 2002, standing shoulder to shoulder with him to deliver progress on key priorities like public education, parks and open space, economic development and much more. He also serves as President of the Hudson County Schools of Technology Board of Education and as Treasurer of the Hudson County Democratic Organization.

“There’s no one more prepared or more ready to step into the role of County Executive on day one than Craig Guy, and he has my full, unequivocal support,” said Governor Murphy. “Craig is a true public servant and a leader Hudson County can rely on, and I look forward to working with him on our shared priorities to keep the county moving forward.”

“Craig Guy has stood beside me on every major project we’ve gotten done and his friendship and support have been invaluable since I became County Executive,” said DeGise. “There’s no one who has a better understanding of the office and how we can use county government to benefit the people of Hudson County than Craig, and I’m proud to endorse him.”

Guy began his remarks by offering prayers and support for the people of Puerto Rico who have been devastated this week by Hurricane Fiona. He spoke about this history of public service and the many successes of the DeGise administration, from building new county schools to improving parks and recreation facilities, to operating a massive vaccine distribution program, food pantry and other measures designed to help residents during the pandemic. Guy pledged to have an open door to all of the diverse communities of Hudson County, and also urged support for Democratic candidates running this November to protect critical values like a woman’s right to choose.