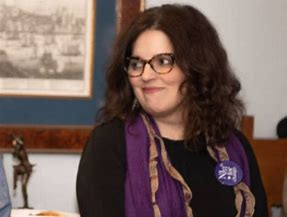 New Jersey’s State Democratic Committee has a new, Executive Director.  She’s Saily Avelenda, the former head of a grassroots organization based in New Jersey’s 11th Congressional District.   The announcement was made by Governor Phil Murphy and  Chairman John Currie.

Details may be found in the following press release:

Avelenda assumes her new role after leading the grassroots progressive organization NJ 11th for Change, which played an integral role in the election of Congresswoman Mikie Sherrill

TRENTON, NJ — Saily Avelenda, one of New Jersey’s most respected and dedicated grassroots progressive leaders, is joining the New Jersey Democratic State Committee as the organization’s Executive Director. Avelenda, who formerly served as the Executive Director of the grassroots organization NJ 11th for Change, succeeds Kevin Olasanoye in the role. Olasanoye will continue to work closely with the party to implement its 2020 Democratic National Convention delegation operations and handle other special projects as a senior advisor.

“As the Democratic Party in New Jersey continues to lead our nation in promoting progressive policies, it is imperative we have leaders at the helm with a deep connection to the grassroots advocates who are at the forefront of so many issues,” said Governor Phil Murphy. “Saily Avelenda has time and time again proven herself to be an exemplary leader with the determination we need to push our party forward. I am incredibly proud to welcome her into this new position at the New Jersey Democratic State Committee and look forward to working together to continue the progress we have already made in building a stronger and fairer New Jersey.”

Until May 2017, Avelenda was employed as Senior Vice President and Assistant General Counsel at a community bank in northern New Jersey. She left her position shortly after her then-congressman, Rodney Frelinghuysen, alerted a member of her employer’s Board of Directors about her activities with NJ 11th for Change. Avelenda, in turn, alerted the media about Congressman Frelinghuysen’s actions, and he subsequently announced his retirement in January 2018. In November 2018, Mikie Sherrill was overwhelmingly elected to take the seat. NJ 11th for Change is widely credited with having paved the way for the Congresswoman’s victory, with Avelenda playing a major part in securing it.

“Saily Avelenda is among the finest progressive advocates in New Jersey and has a tremendous track record of bringing Democrats and grassroots organizations together to achieve our common goals,” said Chairman John Currie. “She embodies the core values of our party and I’m confident that her joining our leadership team will pave the way for continued success in the years to come. Kevin has been a great asset to our party over and will continue to work towards a strong showing at the convention and victory in the 2020 elections.”

Avelenda received her J.D. from the University of Pennsylvania Law School and her B.A. from New York University. She has 19 years of legal experience, including 15 years in various in-house positions and many years of experience in employment law. She will assume the role of Executive Director effective immediately.

“During the Democratic blue wave election of 2018, grassroots leaders across New Jersey were key in delivering historic results for our party,” said Lieutenant Governor Sheila Oliver. “This is perhaps most evident in New Jersey’s 11th congressional district where Saily Avelenda helped elect Congresswoman Mikie Sherrill to unseat Republicans from a district they controlled for decades. Her experience, leadership and passion are precisely what our party needs to continue down our path of progress.”

“One of the core values of our New Jersey Democratic Party has been to raise up the voices of progressive, grassroots leaders who are fighting to bring change to our state,” said Vice Chairwoman Peg Schaffer. “Throughout Saily’s entire career in mobilizing forces, she has demonstrated extraordinary leadership skills and the ability to effect meaningful, lasting change. We have seen across the state the positive impact that women can have when we elevate them to the proper leadership positions in our party and I am overjoyed that Saily is joining our team.”

“I saw up close how effective an organizer Saily Avelenda can be when she and her fellow members of NJ 11th for Change did what was long thought impossible by helping win the 11th District for the Democrats,” said Essex County Democratic Chairman LeRoy Jones. “I’m certain that she will bring that same passion to the New Jersey Democratic State Committee and I look forward to partnering with her and Chairman Currie to elect more Democrats across our state.”

“As our country continues to grapple with a president eager to dismantle the very rights our nation was founded on, now more than ever we must take a stand for our communities,” said Saily Avelenda. “This is the cause I have been most passionate about, but for us to accomplish this in every corner of our state, we need to work collaboratively with Democrats, grassroots leaders, and progressive advocates. I am honored to be given the opportunity to work alongside Chairman Currie, Vice Chairwoman Schaffer, and Governor Murphy to continue raising voices and fighting for meaningful change not just in New Jersey, but throughout our entire country.”