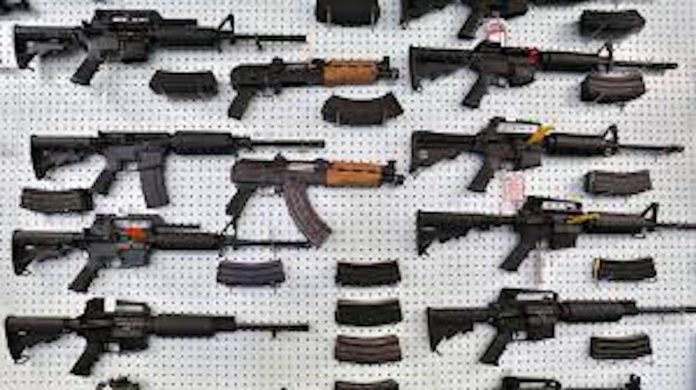 The New Jersey Democratic State Committee has reacted to the National Rifle Association’s decision not to endorse any of the Republican candidates for Governor in New Jersey ahead of Tuesday’s Primary Election:

NRA’s Decision Not To Endorse In GOP Gubernatorial Primary Proves That Ciattarelli, Singh and Rizzo Are All Equally Extreme on Guns

TRENTON, NJ — The National Rifle Association has decided not to endorse any of the GOP candidates for Governor ahead of the Republican gubernatorial primary election, signaling the reality that each candidate would be equally extreme on guns. With the NRA unsure of which candidate will win in the primary election, they are showing their high level of comfort with all of the Republican candidates regardless of the eventual result.

“It is not surprising that the NRA does not feel the need to weigh in in the GOP gubernatorial primary because they know exactly what they are getting with all of the Republican candidates, no matter who wins,” said NJDSC Executive Director Saily Avelenda. “Each of the Republican candidates has a radical, extreme record on guns and would do the bidding of the gun lobby at the expense of the safety of New Jerseyans if elected. This further demonstrates the stakes of this election and why Governor Murphy must be re-elected in November.”

A quick look at their records: