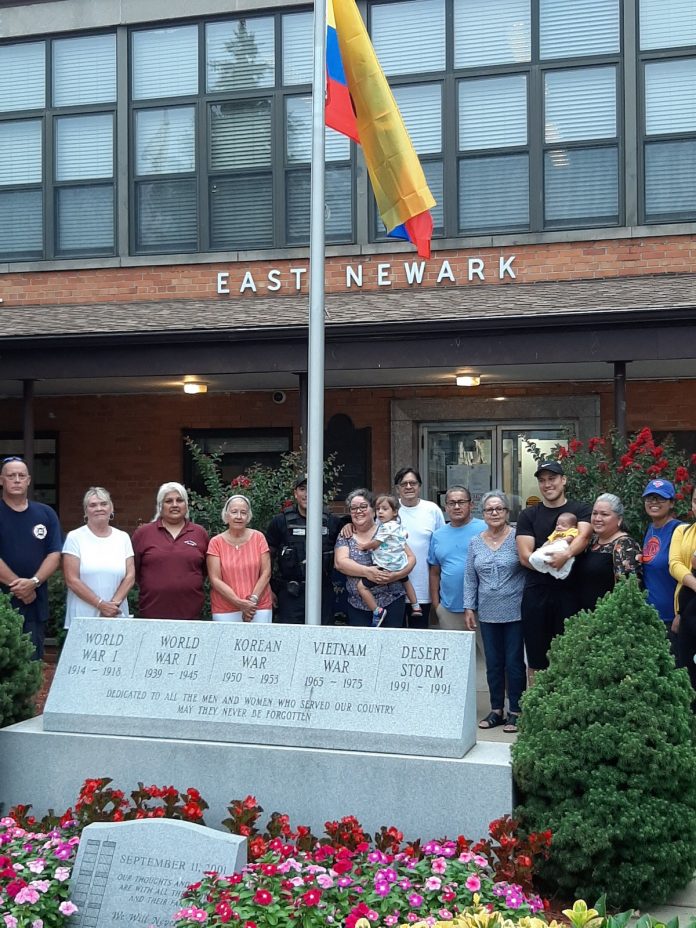 For the first time in Borough history, East Newark raised the Ecuadorian flag in front of Borough Hall on Tuesday night.  Ecuador, which straddles the equator on South America’s northwestern coast, has a diverse landscape encompassing the Amazon jungle, Andean highlands and the Galapagos Islands, rich in wildlife.

Ecuador gained its independence from Spain on May 24, 1822.

Mayor Dina Grilo was joined at the flag raising by members of the Borough Council and the only native Ecuadorian officer in the Police Department, who had the honor of raising his homeland’s flag.

One of the most interesting facts about Ecuador is that the capital of Quito is the closest point on Earth to space, sitting at an elevation of 2,850 meters.