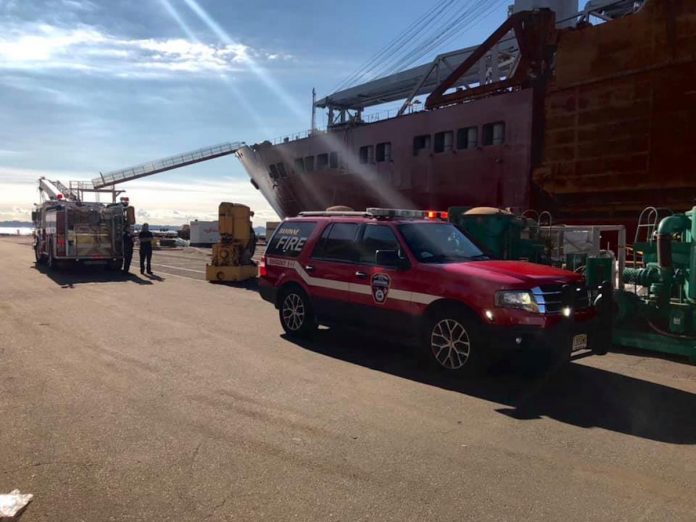 An industrial accident shortly past 9 o’clock on Sunday morning at the Bayonne Dry Dock, located at the eastern edge of the former Military Ocean Terminal, has resulted in the death of one, industrial worker.

According to Bayonne Office of Emergency Management, first responders were called to the scene at 9:11 am.  Upon their arrival they found a worker with traumatic injuries.  Medics from McCabe Ambulance and the Bayonne Fire Department performed CPR on the injured victim, who has yet to be identified, and then transported the male victim to the Jersey City Medical Center.

The man later passed away from his injuries.  An investigation is being led by the Port Authority Police Department.