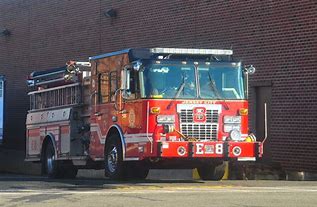 One Jersey City firefighter was treated for burns this morning, as flames rose from a Heights neighborhood home at 72 Columbia Avenue before spreading to the house next door. at 70 Columbia.  The two-alarm blaze began several minutes past 10:30.

According to Jersey City spokeswoman Kimberly Wallace-Scalcione, the fire at the two-story homes were brought under control at approximately 11:30 am.

This was the second time Jersey City fire officials responded to a fire at a residential building in the past three days.  On Tuesday, a three-alarm blaze engulfed two homes on Orient Avenue in the southern part of the city.