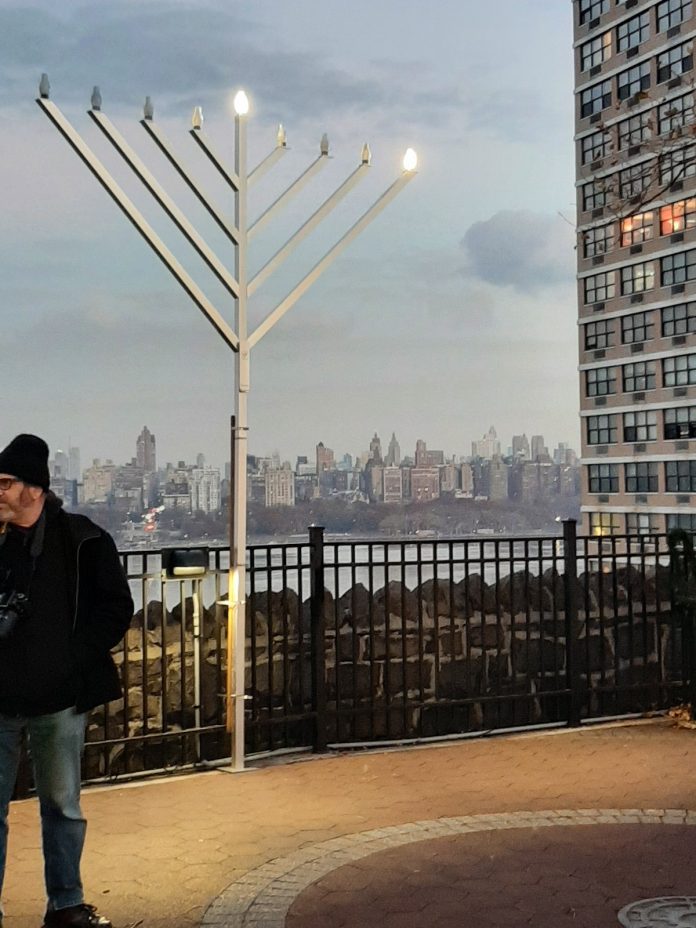 During a sunset ceremony on Sunday, the town of Guttenberg lit the Hanukkah menorah for just the second time in the municipality’s history.  Mayor Wayne Zitt was joined by members of the Municipal Council and approximately 25 residents for the ceremony, which was held in Monument Park overlooking the Manhattan skyline along Boulevard East at 70th Street.

The timing of the Eight Day Festival of Lights is based upon the Jewish calendar, which is why it not on the same dates from year to year.  Sometimes it’s in December, and sometimes, like this year, it begins in November rather than in December.