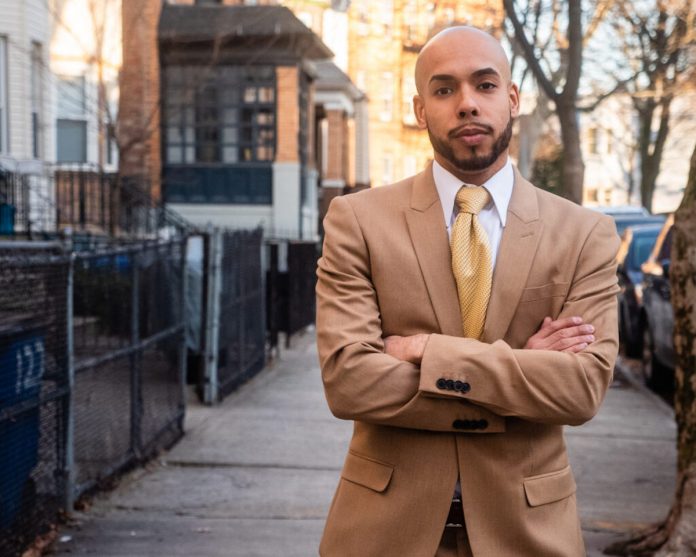 Hector Oseguera, who unsuccessfully challenged Congressman Albio Sires for the Democratic nomination in the 8th District Primary in July, has joined the Board of Directors of Force the Issue NJ.  Details are outlined in the following press release:

Jersey City, NJ — Despite the most challenging circumstances, the Congressional
campaign of Hector Oseguera Jr. engaged over 200 volunteers, received over $75,000 in
donations, enjoyed widespread media coverage and ultimately earned 18,557 votes in New
Jersey’s 8th Congressional District. Seeking to capitalize on the momentum of his
campaign and New Jersey’s growing progressive movement in general, Oseguera has joined the board of Force the Issue NJ where he will serve as Director of Outreach and Engagement for the New Jersey non-profit advocacy organization.

Force the Issue NJ (FTINJ) is a 501(c)4, New Jersey non-profit organization, founded
in 2016 by former volunteers for the Bernie Sanders campaign in Hudson and Union County, with a mission to develop Platforms for Progress – online resources to support activists and organizers throughout the Garden State, including a Directory of Organizations, a Community Calendar and media content focused on key issues and change makers in New Jersey, all available at www.forcetheissuenj.org

Prior to his 2020 campaign, Hector Oseguera Jr., a lifelong resident of Hudson County,
graduated from Boston University in 2010 and attained his J.D. from New England Law in 2014. He is currently an anti-money laundering specialist at UBS and resides in Union City.

As Director of Outreach and Engagement, Oseguera will become the driving force on
volunteer recruitment, donor engagement, coalition partnerships and social media strategy for the organization, utilizing the skills he learned on the campaign trail to build statewide support for developing sustainable progressive infrastructure.

As FTINJ builds for a progressive future, the organization will focus its current advocacy in NJ on the 2020 general election, the legalization of marijuana, support for the
#BlackLivesMatter movement, Medicare4All and the defense of immigrant and refugee
communities in the Garden State, among many other progressive priorities.