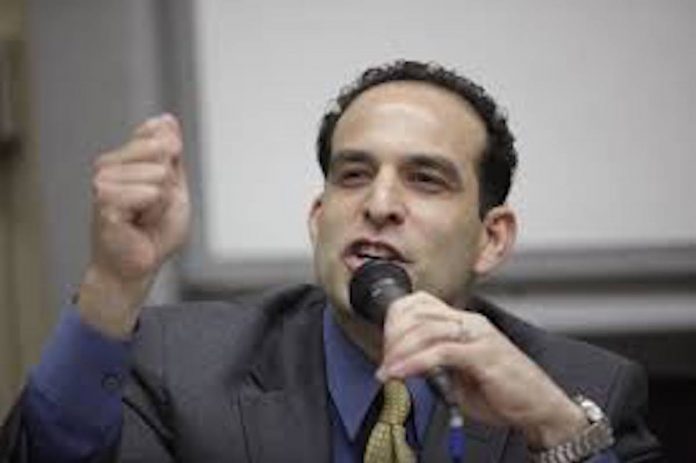 NEWARK, N.J. – A former Newark city official and officer of the Newark Community Economic Development Corp. (NCEDC), along with two Newark business owners, were indicted Friday by a federal grand jury in connection with a conspiracy for the official to obtain corrupt payments intended to influence and reward him for assisting the business owners with the acquisition and redevelopment of various Newark-owned properties, Acting U.S. Attorney Rachael A. Honig announced.

Carmelo G. Garcia, 45, of Hoboken, New Jersey, a former Newark official, and Frank Valvano Jr., 52, of Florham Park, New Jersey, and Irwin Sablosky, 60, of Springfield, New Jersey, co-owners of a New Jersey-based pawnbroker and jewelry business, are charged with: one count of conspiracy to defraud the city of Newark and the NCEDC of Garcia’s honest services facilitated by the use of interstate wire transmissions; 17 counts of honest services wire fraud; and four counts of use of interstate facilities to promote and facilitate bribery in violation of the Travel Act. Garcia is additionally charged with three counts of receiving bribes in connection with the business of a federally funded local government and organization and Valvano and Sablosky are additionally charged with three counts of offering those bribes. The defendants will be arraigned in federal court on a date to be determined.

Phone records and text messages obtained by law enforcement show extensive communication between Garcia, Valvano, Sablosky, and others throughout this period of time, including text messages in which Garcia arranged to personally collect cash provided by Valvano and Sablosky. In one instance, in June 2018, Garcia, then the City’s acting deputy mayor and director of the city’s Department of Economic and Housing Development (DEHD), received an envelope containing $25,000 in cash, supplied by Valvano through an intermediary, in the restroom of a New Jersey restaurant. Text messages obtained by law enforcement show that Garcia used his personal cellular phone to coordinate the location and timing of the meeting.

In other text messages, Valvano and Sablosky discussed additional payments of money and jewelry the two had made to Garcia, and also to an associate of Garcia (identified in the indictment as “Individual 1”), as well as their ongoing efforts to obtain RDAs with the city to acquire and redevelop Newark-owned properties. E-mails obtained by law enforcement further show the official actions, assistance, and influence Garcia provided in violation of his duties in exchange for the cash and other non-cash benefits he received from Valvano and Sablosky and the actions that Valvano and Sablosky were seeking from Garcia for those benefits.

Defendants also took steps to conceal their corrupt and fraudulent arrangement. For example, they used coded language in their electronic communications to refer to the corrupt cash payments that Garcia accepted and agreed to accept, referring to the payments, for instance, as “docs” and “butter.” Also, Valvano informally kept track of the money and jewelry that Garcia received from Valvano and Sablosky in the form of handwritten notes drafted in a manner intended to obscure Garcia’s identity. The notes, for instance, included a list of figures, some annotated with dates or other notations, under the letter “C,” a veiled reference to Garcia using only the first initial of his first name.