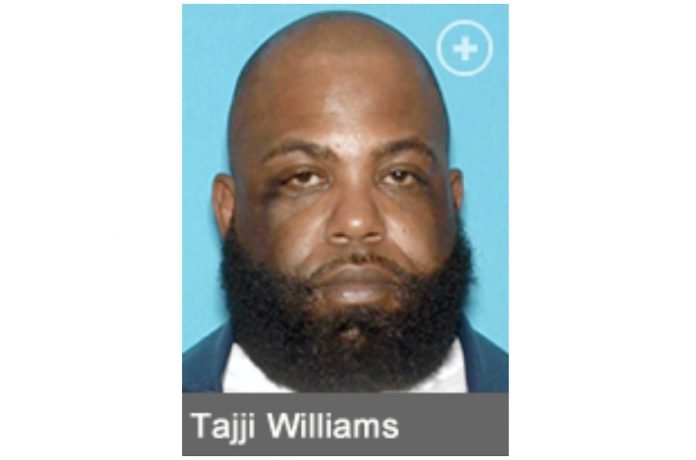 TRENTON –Attorney General Gurbir S. Grewal announced that a former code enforcement officer for the City of Newark was sentenced to prison for taking bribes from a man seeking to operate an after-hours social club.

Tajji Williams, 43, of Newark, N.J., was sentenced to five years in state prison, including two years of parole ineligibility, by Superior Court Judge Michael A. Petrolle in Essex County. Williams was on trial before an Essex County jury when he decided to plead guilty on Oct. 8, 2019 to a charge of bribery in official and political matters. Williams was required to forfeit his job with the City of Newark and is permanently barred from public employment.

Deputy Attorneys General Anthony Robinson and Eric Cohen prosecuted the case for the Office of Public Integrity and Accountability (OPIA). They were assisted at trial by Analyst Nathalie Kurzawa. Williams was indicted in an investigation by OPIA and the New Jersey State Police Official Corruption Bureau North Unit.

The investigation revealed that Williams used his position as a city code enforcement officer to solicit a $5,000 bribe from a man who operated an after-hours social club. In return, Williams promised the club operator that he would provide him with advance notice of law enforcement activity and priority in the filing and granting of building permits. The man had faced resistance from the city and city police about the social club. The club operator notified the New Jersey State Police and cooperated in the investigation. During the investigation, Williams accepted payments from the man of $500 on three occasions in late 2016, for a total of $1,500.

“This prison sentence holds Williams accountable for corruptly using his public position for personal gain,” said Attorney General Grewal. “Williams had a duty to protect the public, but instead he solicited bribes and offered to help this club operator evade city oversight. This was an appalling breach of trust.”

“A critical mission of OPIA is to root out this type of official misconduct, which undermines the work of government and the trust of the people it serves,” said OPIA Director Thomas Eicher. “We will continue to make strong use of New Jersey’s tough anti-corruption laws to prosecute crooked officials like Williams.”

“With greed being his primary motivator, Williams attempted to use the authority entrusted to him for his own personal gain,” said Colonel Patrick Callahan of the New Jersey State Police. “The New Jersey State Police Official Corruption Bureau will aggressively investigate and bring to justice anyone who utilizes a position of public trust to endanger the citizens of our State.”

The investigation led to a separate indictment against a second city employee in connection with criminal conduct related to the club operator. Qaadir Royal, 39, of Newark, N.J., a former clerk in the city code enforcement office, pleaded guilty to third-degree tampering with public records and was sentenced on Sept. 17, 2018 to three years in prison, with two years of parole ineligibility. He admitted that in December 2016, he used his access to city databases to alter a certificate of occupancy for the club operator. Royal altered the certificate of occupancy so it falsely reflected that the man was permitted to operate a retail establishment, when he was not. The investigation revealed that Royal solicited and accepted a bribe of $1,000 from the club operator in return for falsely altering the record.

Although Williams and Royal worked in the same city office, the investigation revealed that they acted independently in their criminal conduct involving the club operator.

Deputy Attorney General Robinson presented the indictments to the state grand jury for the Office of Public Integrity and Accountability, under the supervision of Deputy Attorney General Anthony Picione, Counsel to the OPIA Director. Attorney General Grewal commended the OPIA attorneys and trial team, as well as all of the detectives who conducted the investigations for the New Jersey State Police Official Corruption Bureau North Unit.

Attorney General Grewal created the Office of Public Integrity and Accountability in September 2018 to combat corruption and strengthen public confidence in government institutions. OPIA has a toll-free Tipline 1-844-OPIA-TIPS for the public to report corruption.

The AG’s Office has an Anti-Corruption Reward Program that offers a reward of up to $25,000 for tips leading to a conviction for a crime involving public corruption. Information is posted at: http://nj.gov/oag/corruption/reward.html.