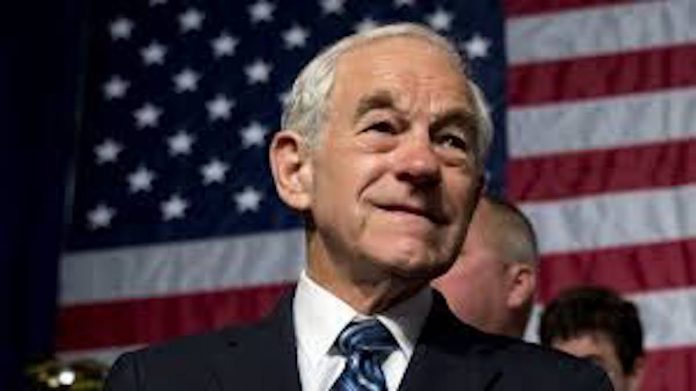 Libertarian, former Texas Congressman and onetime Presidential candidate Ron Paul has joined the ranks of those being blocked by social media outlets.  First it was President Trump permanently being banned by Twitter for inciting the United States Capitol riots on January 6.  Now Paul has been blocked by Facebook from his own page.

The move comes after Paul shared an article he wrote criticizing Twitter and Facebook for banning President Donald Trump from their platforms.  The ex-Congressman wrote, “Last week’s massive social media purges – starting with President Trump’s permanent ban from Twitter and other outlets – was shocking and chilling, particularly to those of us who value free expression and the free exchange of ideas,” Paul wrote. “The justifications given for the silencing of wide swaths of public opinion made no sense and the process was anything but transparent. Nowhere in President Trump’s two ‘offending’ Tweets, for example, was a call for violence expressed explicitly or implicitly. It was a classic example of sentence first, verdict later.”

He tweeted, “With no explanation other than “repeatedly going against our community standards,” @Facebook has blocked me from managing my page. Never have we received notice of violating community standards in the past and nowhere is the offending post identified. The only thing we posted to Facebook today was my weekly “Texas Straight Talk” column, which I have published every week since 1976.”

Because Twitter and Facebook are privately-owned companies, they can determine who and what to allow to be tweeted and posted.  The question is, are they violating Americans’ right to freedom of speech?

How times have changed.