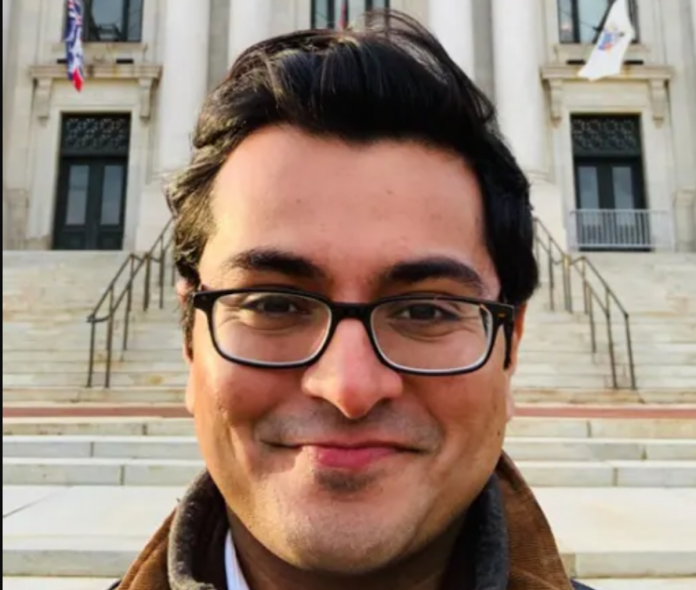 West New York resident Adil Ahmed assumed the oath of office this week as attorney advisor, Office of the General Counsel, Department of the Army in the Biden Administration.

Ahmed, a former candidate for West New York Commissioner, established himself in his home state as an activist of consequence, serving as worker organizing and policy director for Make the Road New Jersey.

On one occasion, he spearheaded the organization of an event for a worker killed on the job in Kearny.

A 2005 graduate of Rutgers Preparatory School who served as president of his graduating class, his alma mater had this to say about him in a 2020  article:

“For the past year in particular, Adil has been stumping again, spreading his commitment to community engagement in his adopted hometown of West New York, New Jersey as he runs for the office of Commissioner. The details of the community may be different, but Adil’s message has never wavered—citizens have the right and the responsibility to be involved with and informed about their government.

“When he and his wife became homeowners in 2014, Adil learned quickly that civic engagement in West New York was a complicated task. ‘Government should be about administering services that make people’s lives better’ he tells us. However, Adil couldn’t even find information about his local government until he made a donation to a political campaign. ‘The commissioner reports to our state senator and none of the appointees he or she makes to the board are public.’ As a result, a wide gulf exists between the average citizen of West New York and the members of its local government.

That is a gulf that Adil hopes to close. ‘The town is actually governed by people who don’t live here.’ West New York is a town of commuters and the working class. While campaigning, Adil has made a point to meet as many of his neighbors as possible.”