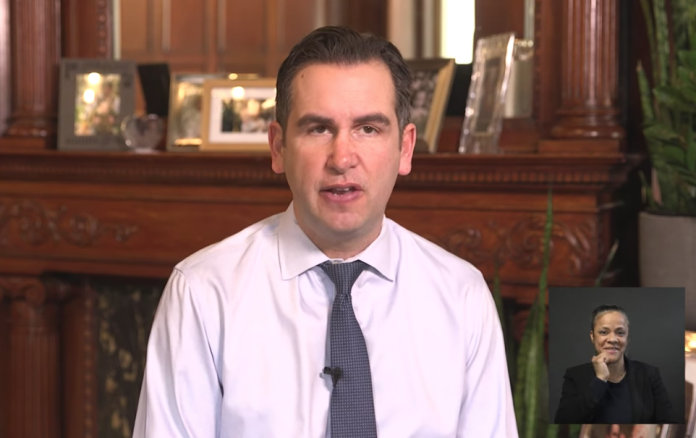 Jersey City Mayor Steven Fulop released his State of the City Address on Tuesday, a pre-recorded, half hour speech posted on the city’s website and You Tube, rather than given live during a constituent-attended session in the Council Chambers.

A major focus of the speech was development, with the Mayor calling 2022 the year of open space and saying residents should have a say in “meaningful infrastructure projects.” Fulop said he wants the community to tell the city which projects it wants to see get funded, saying it will be part of a new, pilot program.  According to Fulop, it’s part of making budgeting more transparent.

The Mayor’s entire State of the City Address may be viewed at the above link.