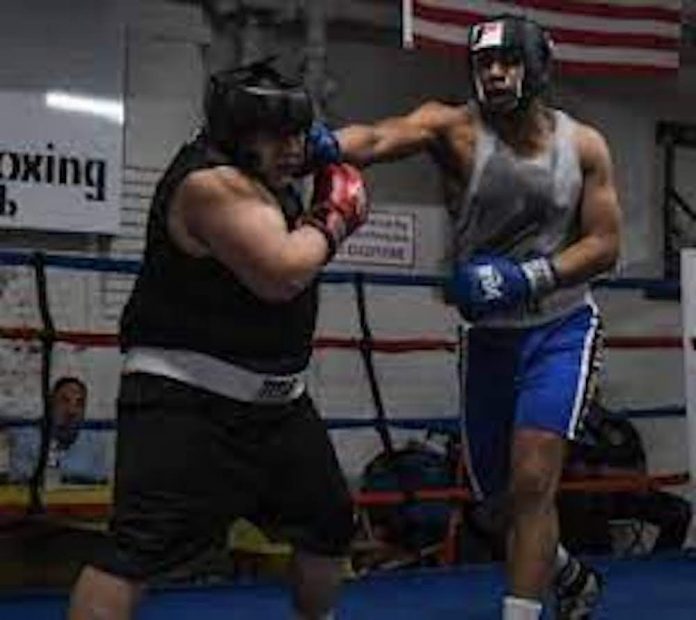 NORTH BERGEN, NJ – This weekend, boxing comes back to North Bergen NJ for the 84th Annual New Jersey Golden Glove’s Finals. Gyms from all over the state will have their boxers competing for the coveted Golden Glove’s Championship necklace.

“Events like the Annual New Jersey Golden Glove’s Finals are what makes North Bergen such a wonderful and lively place to live,” said Recreation Commissioner Hugo Cabrera. “I’m thrilled to be hosting this year, and will be rooting for both of our town’s team members.”

This year, the Little Mac North Bergen Rec Boxing Team will have two boxers representing North Bergen in the finals. Jacob Perez, 24, will be battling Jeremiah Saint Furey, 21, from Teaneck Boxing Club in a return match for the Bantamweight title and undefeated Jr.Olympian, Gabriel Sauceda, 16, will take on Daniel Guzman of True Warriors Gym in Paterson.

“We are so proud to have two members of the Little Mac North Bergen Rec Boxing Team representing North Bergen at the 84th Annual New Jersey Golden Glove’s Finals,” said Mayor Nick Sacco. “Both contestants have shown incredible skill and dedication to their sport. It’s wonderful to see our local talent being represented in such an exciting event!”

“Jacob Perez has great boxing ability once he finds his rhythm,” said McDermott. “That’s the problem fighters find in amateur boxing. You don’t have a lot of time. Three, two minute rounds go by quickly. Gabriel Sauceda could be a special kid. He is only 16 and is already 6 feet tall. He has knocked out grown men in the gym. I’m excited for these guys to showcase their skills in front of a hometown audience. It’s going to be a special weekend in North Bergen.” The North Bergen Recreation Center is located at 6300 Meadowview Avenue. Tickets sales are online at www.njgoldengloves.com or at the door. Doors open at 6:30pm.