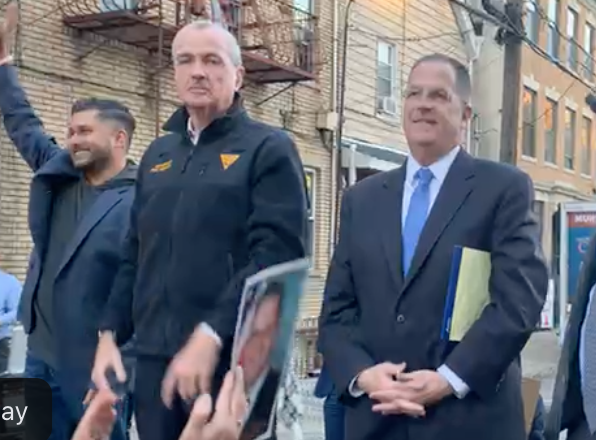 Late on Monday afternoon on 38th Street in Union City across from City Hall, Mayor/Senator Brian Stack held a canvass kickoff meeting for Election Day workers.  Governor Phil Murphy was in attendance imploring the crowd to get out every single vote possible on Tuesday before the polls closed at 8 pm.

Murphy told those people in attendance he “was running against an extremist who would turn back everything his administration had accomplished to date”, which was why “voters cannot” allow former Assemblyman Jack Ciattarelli to win.

Senator Stack is also on the ballot with his Assembly running mates in the 33rd Legislative District, Raj Mukherji and Annette Chaparro.