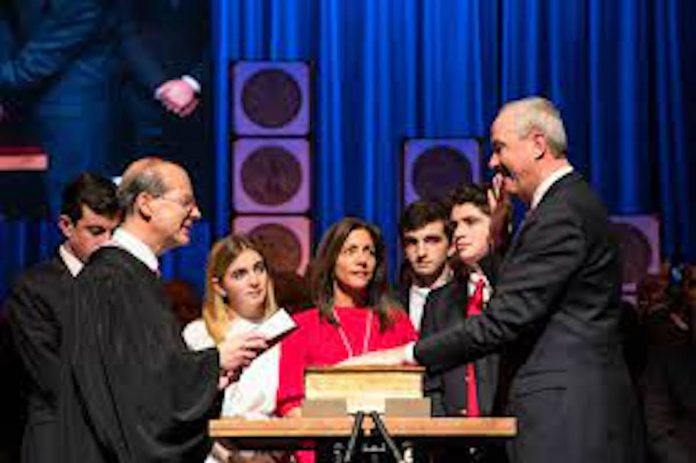 New Jersey Governor Phil Murphy and Lieutenant Governor Sheila Oliver took their oaths of office today at the War Memorial in Trenton, as they begin their second terms in the State House.  Murphy is the first Democratic Governor to be re-elected in New Jersey in 44 years. 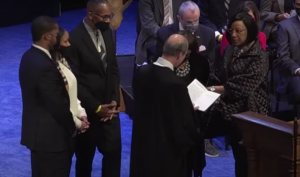 During his inaugural address, the Governor repeatedly stated that the work of his first term is not done.  While much has been accomplished, Murphy says more is to come.  He even took the opportunity to rebrand the Garden State as the Opportunity State.”

The Governor stated, “We will continue growing the innovation economy that will power our future and make us a model for the nation and the world.”

New Jersey Senate President Nicholas Scutari stated, “I want to extend my heartfelt congratulations to Governor Murphy on the start of his second term of office. As the first Democratic Governor to win reelection in more than four decades, this historic achievement comes at a time of serious challenge. We have enormous responsibilities and great opportunities that are best met by working together. With Democrats continuing to provide the leadership of both houses of the Legislature and the executive branch, we have a renewed commitment to address the needs and priorities of all the people of New Jersey.”

Assembly Speaker Craig Coughlin added, “The first Democrat to be re-elected Governor in 44 years, I congratulate Phil Murphy on his inauguration today as well as Lieutenant Governor Sheila Oliver.  With their vision to keep building toward a stronger, fairer New Jersey alongside a history-making Legislature, I look forward to advancing a Democratic agenda together that makes life better for all who call our great state home.”

“Congratulations to Governor Phil Murphy on his historic inauguration today. Governor Murphy has delivered solutions for a stronger and fairer New Jersey — and he’s not finished yet. He protected affordable health care, boosted the minimum wage, and enacted sweeping climate reforms. And most recently, he signed a bill into law enshrining women’s reproductive freedom.

“With his swearing-in today, Governor Murphy becomes the first Democratic governor to win reelection in New Jersey in over 40 years. His proven track record resonated with New Jersey voters, who turned out to choose four more years of progress. Governor Murphy is ready to keep moving New Jersey forward, and we look forward to seeing what he accomplishes in this next term.”