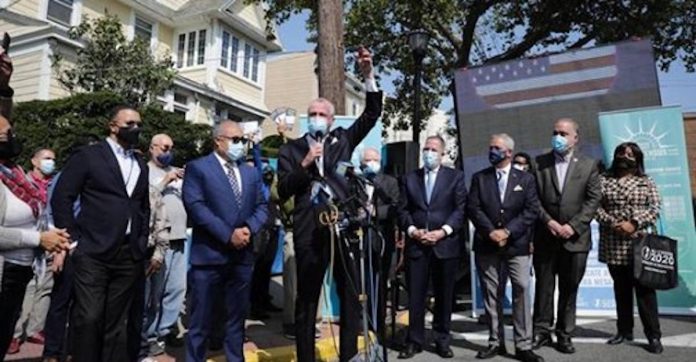 With Hudson County lagging behind other counties in New Jersey in completing the 2020 Census, Governor Phil Murphy came to Union City this morning to highlight the importance of obtaining a complete and accurate count.   Reportedly, Hudson has completed just under 60% of Census forms, about 10% less than other counties.

While those numbers are running ahead of recent Census returns in 2010  and 2000, the Governor says residents of Hudson County and New Jersey must do better.

Without an accurate count, the state, county and municipalities will lose out on critical federal dollars for all types of programs and services. New Jersey could also lose a Congressional House Seat as it did during the last Census.

The Census can be filled out on line in a few minutes. The deadline to complete your Census is September 30.