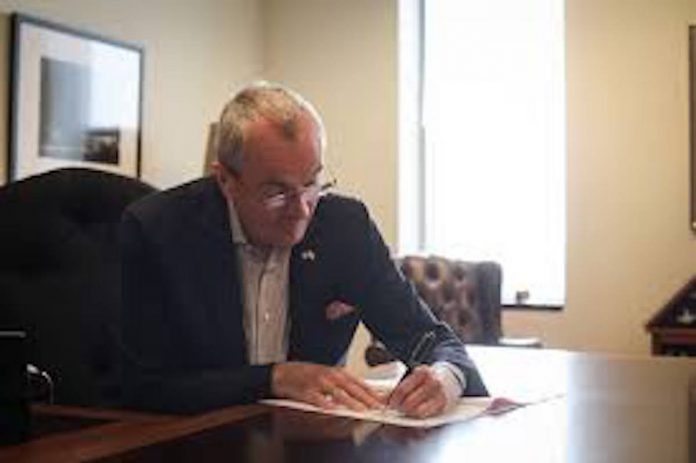 Senator Sandra Cunningham & Assemblywoman Angela McKnight of Hudson County Are 2 Sponsors of the Legislation
TRENTON – Governor Phil Murphy has signed S2852, which clarifies when employees that are denied employment during a summer or holiday break are eligible for unemployment benefits by setting forth a standard for determining whether there is a reasonable assurance of reinstatement after the break.
“Our adjunct professors have too often been caught in limbo in terms of their eligibility for unemployment benefits,” said Governor Murphy. “This legislation will provide adjunct instructors and other employees the clarity they need to receive full unemployment benefits so they can get back on their feet.”

“The critical role of New Jersey’s teachers has never been more apparent than during the current public health crisis,” said Labor Commissioner Robert Asaro-Angelo. “We applaud Governor Murphy and the Legislature for improving educators’ access to benefits when the certainty of their job fluctuates from one school year to the next.”

“With colleges facing severe revenue losses and deep budget reductions, adjunct professors are often the first to be cut, and even those who have not been affected yet face uncertainty for the spring semester,” said Senate President Steve Sweeney. “They are experiencing the same economic hardship and anxiety as employees in other fields of work, and they deserve the same safeguards as everyone else. By allowing them to collect unemployment, we can help ensure they are able to support themselves and their families in any future shutdowns.”

“I am grateful the Governor sees the value in this legislation, our adjunct professors play an important role in educating students,” said Senator Sandra Cunningham, the chair of the Senate Higher Education Committee. “They should be treated fairly so they can support themselves and their families during this time of crisis. We need them to be able to return to the classroom when conditions allow. Our colleges and universities need them.”

“We are living in deeply uncertain times. It’s difficult for many employers – including colleges and universities– to give their employees complete assurance that their jobs will be waiting for them after an extended break,” said Assemblywoman Joann Downey. “Higher education staff should have the same access to unemployment insurance benefits as all other workers in New Jersey, particularly if there’s a chance they won’t be needed to teach the next semester.”

“Before COVID-19, many college professors could close their classroom doors at the end of the spring semester with the confidence that they’ll soon open those same doors again in the fall,” said Assemblyman Jamel Holley. “As the virus continues to tighten college budgets and force many schools to make cuts, the future feels far less certain. This new law will allow employees of education institutions to file for unemployment if they enter a summer or holiday break without reasonable assurance that they will return, giving them time and peace of mind to plan their next steps.”

“Adjunct professors are among higher education’s most valuable employees, yet they are among the lowest paid,” said AFTNJ President Donna M. Chiera. “Thanks to Gov. Phil Murphy signing S2852/A4613, New Jersey adjuncts have access to the unemployment insurance benefit system that is essential to anyone who is out of work through no fault of their own.”

“The passage of this legislation is a perfect example of the positive change that can occur when you elect people who care about workers,” said AFT President Randi Weingarten. “Thank you, Gov. Phil Murphy, and the other pro-labor officials responsible for coming up with a solution to a problem that’s plagued part-time, non-tenured college and university educators for years.”

“This groundbreaking legislation provides greater clarity for the conditions under which education employees are eligible to collect, and it increases the likelihood that the evaluation of unemployment claims by this class of employees will be fair and equitable,” said Dr. Susanna Tardi, AFTNJ Higher Education Executive Vice President.

“We make up almost 75 percent of the faculty in higher education, and we need to have access to the same benefits as other public workers,” said Bill Lipkin, Secretary/Treasurer for the United Adjunct Faculty of New Jersey (Local 2222). “Hopefully this law will simplify the process and allow adjunct faculty the right to survive when they are not employed.”

The township of North Bergen has announced, that due to the rise in the number of coronavirus cases, Town Hall will be closed to the public beginning on Monday, November 30. the only exceptions will be the Health Department and the Building Department, which will remain open to the public for in-per...
View on Facebook
·Share

Make it 5 hrs. Do you realize the long lines to pay for the merchandises