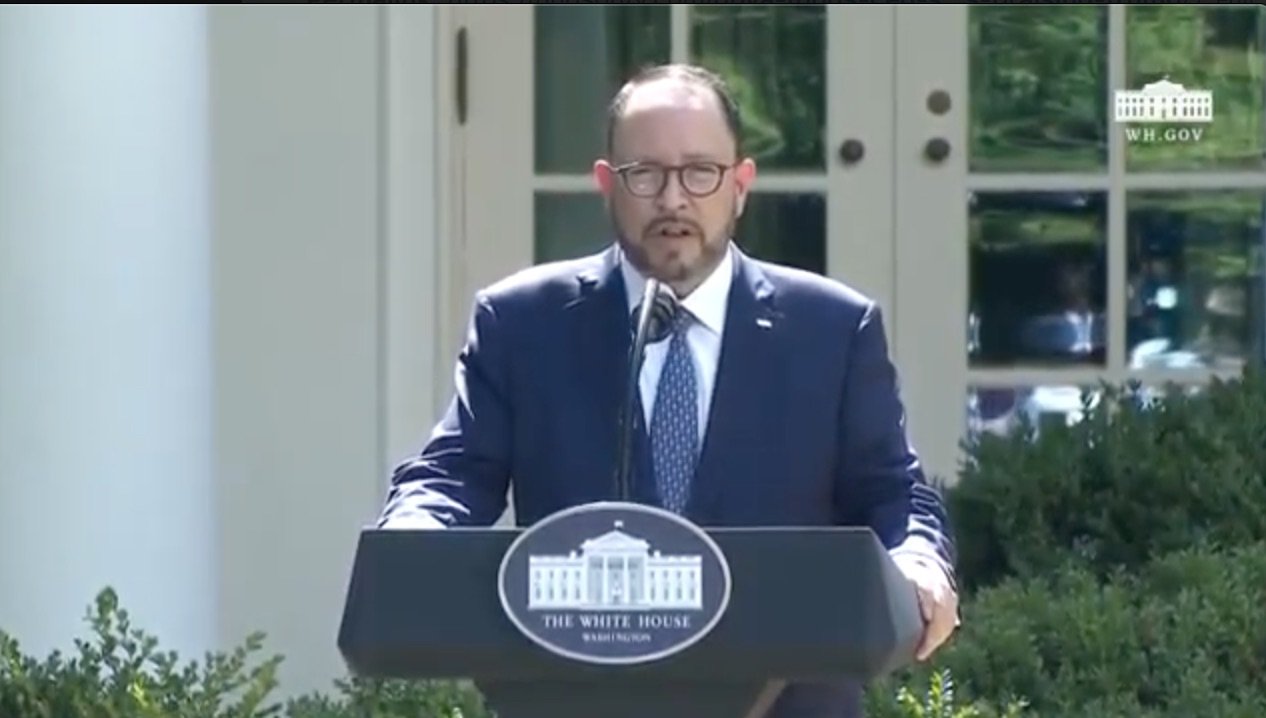 Remarks made by Robert Unanue, the CEO of the Hudson County-based, Latino Food company giant Goya, praising President Trump, have led to a massive backlash on Twitter, with calls to boycott the company.

During a Rose Garden speech at the White House, Unanue said the country is “truly blessed” to “have a leader like President Trump.”  The remarks came following Thursday’s roundtable meeting of the President’s White House Hispanic Prosperity Initiative, an Executive Order to improve the education and economic opportunities for Hispanic Americans.

Twitter was flooded with comments after Unanue, the head of Goya Foods since 2004, said the President was “a builder.”  He referred to his grandfather, saying he came to this country from Spain to do the same thing; build, prosper and make a better life for his family.  His grandfather founded Goya in 1936.

Tweets criticized the Goya chief’s remarks, saying Trump has a history of racist comments toward Hispanic Americans.  Many referenced remarks made during the President’s 2015 campaign for office, when he called Mexican immigrants criminals and rapists.  Tweets called for the country to boycott the company and its products.  Among the more prominent people to say they intend to boycott were Democratic New York Congresswoman Alexandria Ocasio-Cortez and Julian Castro, the former Secretary of Housing.

Today on Fox Business, Unanue said that the boycott is “a reflection of a division that exists today in our country.”  He said that division is “killing our nation.”

Unanue also criticized those who have called for a Goya boycott, saying he had previously been invited to the White House by President Obama during the celebration of Hispanic Heritage Month.  He remarked, “So, you’re allowed to talk good or to praise one president, but you’re not allowed to aid in economic and educational prosperity?”

Undoubtedly, in an overwhelmingly Democratic County like Hudson, you would anticipate a majority of the residents would be outraged by Unanue’s remarks praising the President.  Whether or not that outrage actually translates in a full-fledged boycott of Goya products remains to be seen.