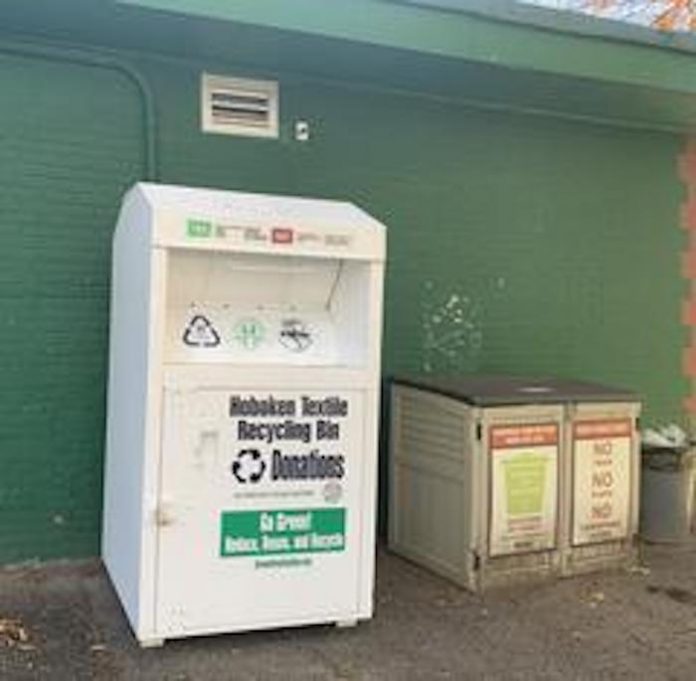 The City of Hoboken has announced the a new, Textile Recycling Program in which residents can drop off unwearable, torn, and textiles which cannot be donated, such as shoes, clothing, accessories, and linens, at two drop-off locations to be recycled. The program will reduce the number of textiles sent to landfills decreasing the City’s greenhouse gas (GHG) emissions as part of the City’s Climate Action Plan to be carbon neutral by 2050.

Textiles do not easily decompose as man-made fibers do not typically decompose, natural fibers can take years to decompose, and woolen fibers can release methane and carbon dioxide into the atmosphere as they decompose.

According to the Hoboken Climate Action Plan and Greenhouse Gas Inventory, adopted in 2019, 9 percent of greenhouse gas emissions emitted in the community come from solid waste, including textiles.

The City has installed two textile recycling bins on City-owned property to divert used textiles from landfills and provide the community with an additional means of waste management. One bin is on the patio behind City Hall at 94 Washington St., along Bloomfield Street, and one bin is at Church Square Park along the north side of the central restroom building at 400 Garden St.

The program accepts the following items in any condition:

For more information on the Textile Recycling Program, go to www.hobokennj.gov/resources/textile-recycling.

This fall, the City also announced the Zero Waste initiative to reduce GHG emissions and improve the quality of life for residents as part of the City’s Climate Action Plan. The initiative will analyze waste data to inform the creation of a Zero Waste Plan that will outline the steps to achieve Zero Waste.