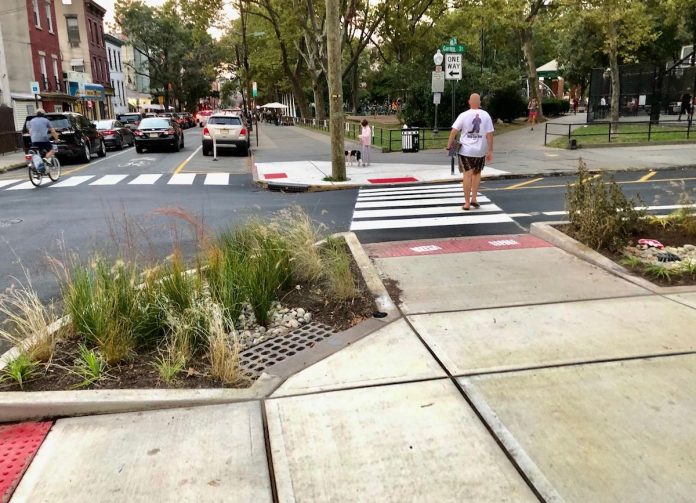 On Wednesday night, the Hoboken City Council adopted the Vision Zero Action Plan, an important benchmark in Hoboken’s effort to eliminate traffic-related deaths and injuries by 2030.

The plan was initiated by Mayor Bhalla’s 2019 executive order designating Hoboken as a Vision Zero city to create safer streets. The plan will be adopted by all City departments and community partners over the next five years to achieve the City’s goal, with a list of action items encompassing the following “safe systems” approach:

“While we’ve made major progress in the past three years having no pedestrian fatalities and a reduction in pedestrian injuries, we are striving to create even safer streets in the years ahead,” said Mayor Bhalla. “With the adoption of the Vision Zero Action Plan, we’ll be able to take even more actionable steps to reach our goal of all traffic-related deaths and injuries by 2030, one of the most ambitious Vision Zero goals in the entire country.”

The Vision Zero Action Plan, which can be read by clicking here, was the result of over a year of collecting public feedback from more than 2,200 people and the 18-member Vision Zero Task Force that includes community members, city department directors, city council members, and a representative from Jersey City and Hudson County.

The plan also includes the city’s first-ever comprehensive five-year crash analysis to determine what contributing factors most commonly cause crashes where people are injured or killed.

The crash analysis demonstrated the following:

With the adoption of the Vision Zero Action Plan by the City Council, Mayor Bhalla will sign another executive order extending the task force for two more years.

Hoboken’s Vision Zero initiative continues to seek public involvement and raise awareness through dedicated social media channels (@VZHoboken) and a website, www.vzhoboken.com where you can find the final plan, the action items, and the pledge for residents to sign to create safer streets.

Hoboken is currently recognized nationwide as one of the most walkable cities in the United States and somewhere where people can walk, bike, and drive safely.  It is one of the only Cities nationwide to achieve zero deaths for the past 3 consecutive years.