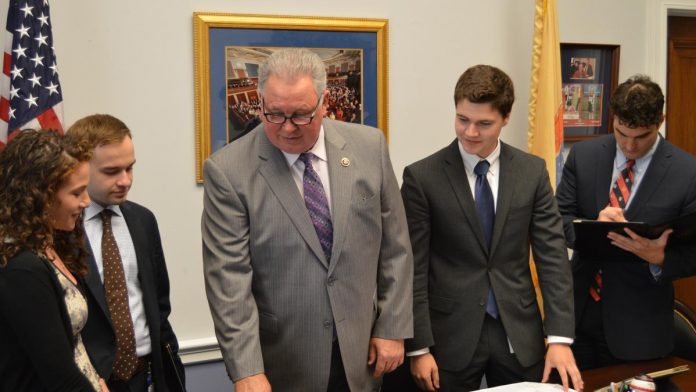 “Throughout his tenure in Congress, Congressman Sires has been a strong ally for Hoboken and delivered when our City needed him the most. In the aftermath of Superstorm Sandy, Congressman Sires worked tirelessly with our federal elected officials to secure an unprecedented $230 million for flood mitigation through Rebuild by Design, and most recently $14 million through FEMA for our Northwest Resiliency Park. Whether it’s fighting for Hoboken’s climate change efforts, securing the resources to extend the Hudson-Bergen light rail through Hoboken, or ensuring our City receives its fair share in COVID-19 funding, Congressman Sires has a proven track record of fighting for our mile square. We are proud to lend our steadfast support for his re-election campaign.”