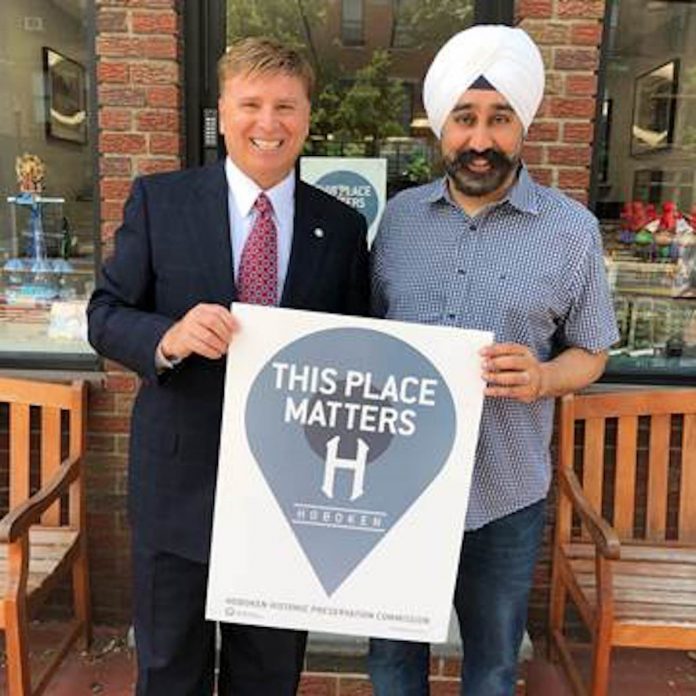 In January the HPC voted on finalists for Design Awards to be presented to eleven construction projects that were completed in 2020. The categories include Preservation, Rehabilitation, Restoration, Reconstruction, Additions or New Construction in and outside of Hoboken’s Historic Districts. The winners include VERIZZA PORT LA PIZZA, THE RAFAEL, THE SHADE STORE, SIRENETTA SEAFOOD & RAW BAR, ARTICHOKE BASILLE’S PIZZA, THE LITTLE LOCAL, MOJO COFFEE COMPANY, THE HIVE MARKET, ST. MATTHEWS SMT CENTER, LULULEMON and MARGHERITA’s.

Then the HPC will be resuming its popular THIS PLACE MATTERS campaign during Historic Preservation month. Begun in 2019 and put on pause during the spring of 2020, the campaign celebrated businesses that have existed in Hoboken for more than thirty years. The inaugural campaign included establishments created before 1979 like Albini Pharmacy (1880), The Elysian Café (1895) and the Brass Rail (1900). This year’s campaign will include businesses that debuted before 1989. A list of participants will be announced shortly.

Finally, the HPC has been compiling an oral history project led by HPC Commissioner Thaler Pekar. Pekar, a media professional, interviewed many past officials, mayors, residents and community activists who were instrumental in the birth of Hoboken’s preservation movement. The HPC Oral History will be published later in the month.

HPC Chairman Steve Zane remarked “We’re really seeing the fruits of our labors. Projects are incorporating our Design Guidelines and producing historically appropriate construction all over town. That’s why we wanted to recognize projects that didn’t even come under our jurisdiction. Good work becomes contagious.”

The Bhalla administration has been supportive of Historic Preservation efforts in Hoboken. In 2018 the City Council appropriated funds for the City of Hoboken Design Guidelines that were completed in 2020. The guidelines received a NJ State Historic Preservation Awards this past February. Additionally, a citywide architectural survey conducted by the NJ State Historic Preservation Office in 2019, also received a SHPO award. The guidelines are a valuable resource for all residents and business owners undertaking construction projects within the City of Hoboken. In late 2019 and early 2020, the City Council passed B-191 and B-253, expanding Hoboken’s Historic Districts along Hudson and Court street and adding many individually designated historic sites around town.