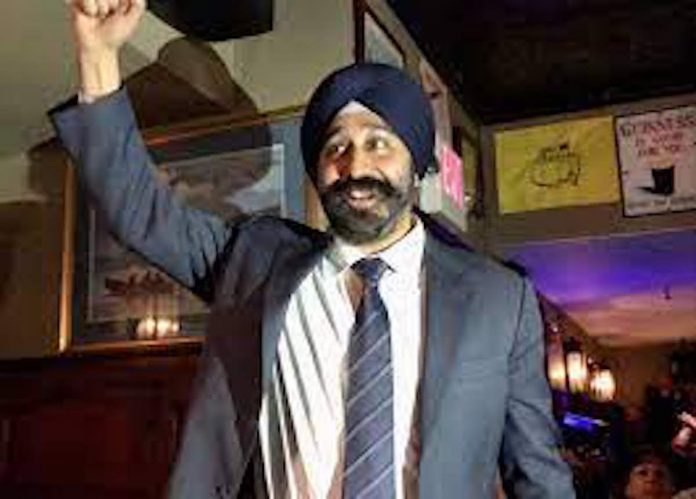 The Bhalla Administration will present its proposed municipal budget on Wednesday, April 20 to the Hoboken City Council. The balanced budget overcomes significant fixed-cost increases created by rising inflation and union contract settlements and prepares for the City’s future through critical infrastructure improvements and personnel investments.

“Hoboken has grown almost 20 percent over the past decade to 60,419 residents, and our services must grow simultaneously to support those residents, visitors, and business owners,” said Mayor Ravi S. Bhalla. “We are putting forward a responsible, balanced budget that provides the services our community deserves through investments in our frontline workers, our first responders, and our infrastructure. I am proud that our budget reflects the appreciation of our essential staff that stewarded our community through the COVID-19 pandemic and one of the most difficult times in a generation. I look forward to working collaboratively with the City Council in the weeks ahead as they consider and ultimately adopt a forward-thinking municipal budget.”

The proposed budget provides for crucial personnel investments with approximately $8 million in salary and wage increases through union contracts already adopted by the Hoboken City Council. The municipal unions represent all facets of City government that prepared for, responded to, and helped the city recover from COVID19. As the City begins to transition from a pandemic to an endemic, critical investments in quality-of-life initiatives have also been included in this budget: The creation of the Division of Housing to help residents maintain affordability in Hoboken, the reestablishment of the Office of Constituent Services to assist residents with any issues they may have across the City, and the re-establishment of the Department of Public Safety to increase efficiencies and collaboration between Police, Fire, and Office of Emergency Management.

Additionally, the City will continue to leverage the American Rescue Plan funds that have been reinvested into the City of Hoboken. In 2021, multi-million dollars worth of ARP funds were used to support the City’s small businesses, non-profits, and provide rental relief. Additionally, the Administration plans to continue the efforts in investing in infrastructure, water mains, EV charging stations, micro-mobility, and more.

As a way to offset the rising costs due to inflation and non-discretionary spending, the Administration worked closely with the City’s Self-Insurance Fund Commission to reduce the cost of health insurance by over $3 million. Despite rising costs throughout the country, operating expenses in this budget have remained nearly flat in an effort to mitigate the impact on the Hoboken taxpayer.

The proposed budget also protects the City’s surplus, which has proven to be one of the driving factors behind Standard & Poor’s accrediting the City of Hoboken with a AA+ credit rating.

Under the budget, the City will continue to move forward with major infrastructure and quality of life projects in 2022, including:

The 2021 municipal budget represented a reduction of 2.8 percent in municipal taxes.