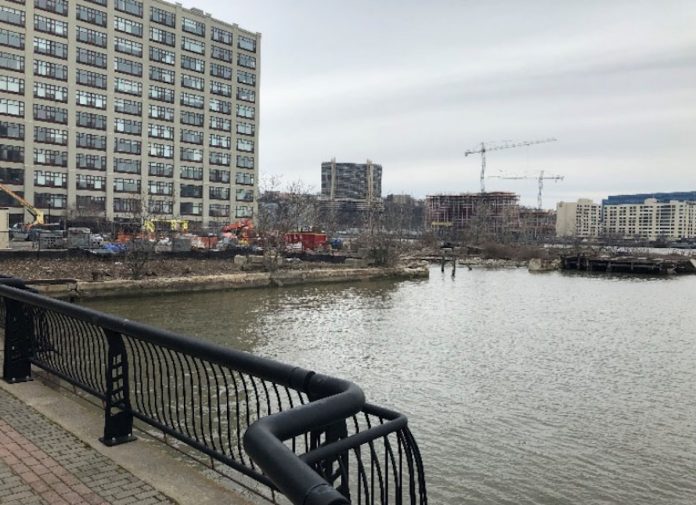 Mayor Bhalla announces the closing of the Monarch agreement

Mayor Ravi S. Bhalla and the City of Hoboken will officially acquire waterfront property in northeast Hoboken, known as “The Monarch” site, and an undeveloped portion of the 800 block of Monroe Street to become public open space on Thursday, Nov. 4, with the closing of a landmark land swap agreement with Ironstate Development Company.

“I am thrilled to announce the imminent closing of the Monarch land swap agreement that will revitalize a portion of downtown, provide the City with 1.45 acres of public open space in western Hoboken, and preserve public access to our waterfront,” said Mayor Bhalla. “The closing marks a momentous day in Hoboken, symbolizing the stalwart determination of not just my administration, but previous administrations, current and former council people, residents, and waterfront advocates. This deal is reflective of the City’s priorities to increase its resiliency and provide more open space amenities to our residents. I am proud to have negotiated this agreement on behalf of the City, and I thank the City Council for their support.”

Under the agreement, The City will acquire the Monarch site along the northern waterfront preventing two 11-story residential towers from being constructed. Instead, the City will turn the property into public open space, obtaining a last piece of the puzzle in completing the waterfront walkway and preserving the public’s access to the waterfront.

“The City acquisition of the Monarch property represents an opportunity to connect a significant, unfinished portion of Hoboken’s public waterfront, long delayed after a decade of litigation followed by several years of negotiations,” said Ron Hine, Executive Director of the Fund for a Better Waterfront. “We have reached an important milestone.”

Further, the City will acquire 1.45 acres of currently undeveloped land at 800 Monroe St., which the City intends to develop into a future resiliency park that will provide open space to residents while also mitigating area flooding with below and above-ground infrastructure. As part of the agreement, Ironstate will remediate the property by installing a cap of crushed stone that will alleviate ponding while the City engages in an open public process to design and ultimately construct a resiliency park. Further, the City will work with the Hoboken Arts Advisory Committee to wrap the property with public art displays by local artists.

As part of the agreement, Ironstate will acquire the City’s public works facility at 256 Observer Hwy. The developer will revitalize the property into a mixed-use development with roughly 30,000 square feet of commercial space and 360 residential units, 40 of which will be reserved for affordable housing. The development will also include a 60,000-gallon stormwater detention tank to help mitigate area flooding caused by heavy rain events.

Upon the closing, the City will have three years to vacate the public works facility and is currently exploring options for property acquisition in the North End Rehabilitation Area for a new state-of-the-art public works facility that could potentially include a City Hall annex with expanded office space for the Hoboken Parking Utility and an Office of Emergency Management Command Center.

Additionally, the City will receive $3.5 million from Ironstate Development Company as a condition of the land swap agreement and the City could receive an extra $500,000 if the City vacates the public works facility within two years of closing.

COUNCIL MEMBERS JABBOUR, DOYLE & COHEN APPLAUD MAYOR BHALLA & RESIDENTS FOR HISTORIC MONARCH ANNOUNCEMENT
“For the better part of the last decade, protecting our uptown waterfront has been a major priority for us, and we are thrilled to have supported Mayor Bhalla’s efforts to once and for all acquire the Monarch property in order to preserve it for public open space. We look forward to working with the community to revitalize this waterfront area and turn it into parkland we can all be proud of. We are grateful to the many resident activists who helped to make this historic day possible!”