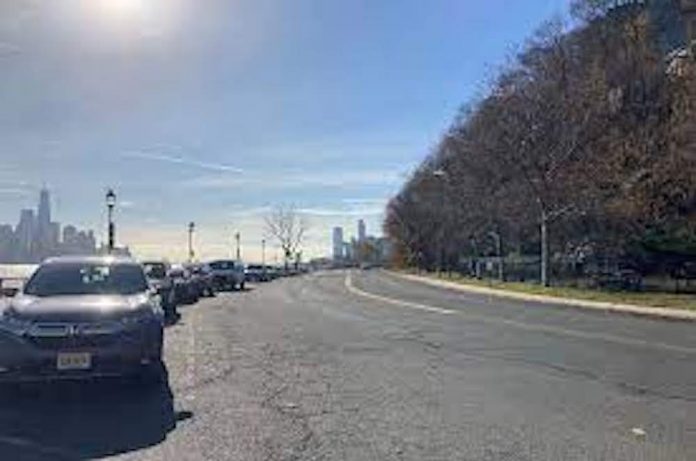 City to use state funding to upgrade waterfront boulevard

Mayor Ravi S. Bhalla and the City of Hoboken today released an online survey to begin the public visioning process for the redesign of Sinatra Drive from Fourth Street to Hudson Street. The City will utilize $1.2 million in New Jersey Department of Transportation funding to upgrade Sinatra Drive to improve access, connectivity, and safety for all modes of transportation by incorporating Vision Zero complete street strategies, as well as green infrastructure to beautify the roadway and absorb rainwater during storms.

These improvements are proposed to include roadway resurfacing, new high visibility pedestrian crossings, a physically separated bikeway, ADA-compliant curb ramps, various green infrastructure, landscaping and streetscape improvements, and drainage upgrades. Through the redesign, Hoboken’s Green Circuit will be continuous from Pier A to the 14th Street Ferry.

“Revitalizing Sinatra Drive, with a focus on pedestrian safety, is the latest major investment we’re making to upgrade our waterfront,” said Mayor Bhalla. “I encourage residents to participate in the public planning process with the survey we’re releasing today, so we can create a new and improved roadway that is envisioned by the community.”

Survey responses will help the City and project consultants create concept designs for the popular waterfront street’s redesign, which will be presented at a public meeting later this spring.

To take the five-minute online survey, go to www.hobokennj.gov/SinatraDriveRedesignSurvey. The survey is scheduled to close on April 6.

The Sinatra Drive Redesign is part of the City’s continued effort to upgrade the waterfront that offers unobstructed views of New York City’s skyline, access to several City parks and fields, and vital north-south multi-modal transportation connectivity. In 2020, the City completed ​Phase 1 improvements to the South Waterfront Walkway along Sinatra Drive from Newark Street to Fourth Street through a partnership with the Hoboken South Waterfront Corporation. This project improved the pavers, railings, benches, lighting, trees, and plantings along the waterfront walkway, creating an improved experience for residents and visitors alike. Phase 2 improvements, scheduled to begin this spring, will repave the South Waterfront Bikeway from Newark Street to Fourth Street.

Currently, there are critical gaps in pedestrian and bicycle facilities along the 0.7-mile stretch of Sinatra Drive between Fourth Street and Hudson Street, as acknowledged in the Vision Zero Action Plan and Street Design Guide.

The COVID-19 pandemic only highlighted the importance of improving multi-modal access to Sinatra Drive due to the growth in popularity in outdoor recreation. Currently, thousands of walkers, joggers, people pushing strollers, and cyclists take advantage of the waterfront along Sinatra Drive on a regular basis.

To learn more about the Sinatra Drive Redesign project, go to www.hobokennj.gov/SinatraDriveRedesign.