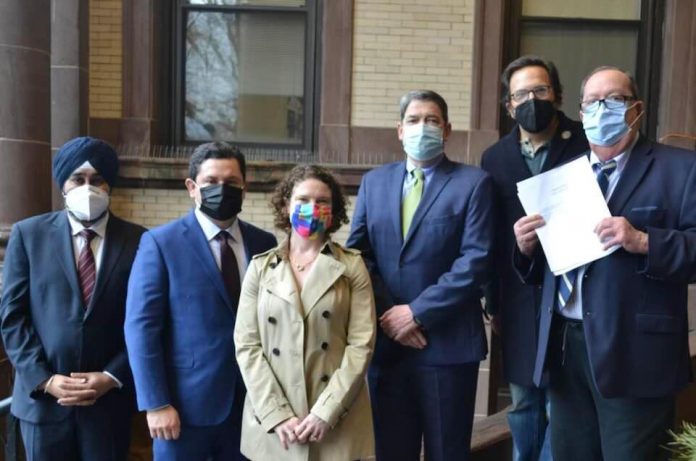 Mayor Ravi Bhalla was sworn in to a second, four year term.   All of the oaths of office were administered by longtime, Hoboken City Clerk Jimmy Farina. 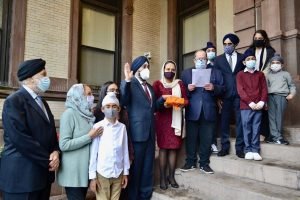 “It is the honor of a lifetime to be sworn in for a second term as Hoboken Mayor,” said Mayor Bhalla. “I’m looking forward to the next four years as we make Hoboken an even better place to live. Thank you to my family and all of the supporters who have been a part of this journey. I know that for Hoboken, the best is yet to come.” 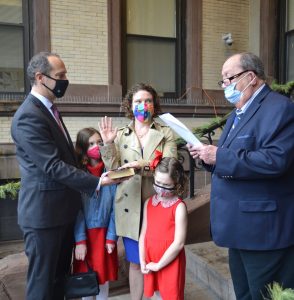 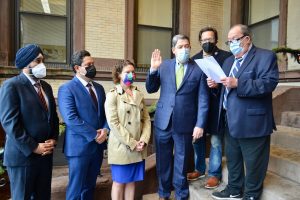 Also sworn in was first time, At Large Councilman Joe Quintero, who took his oath for four years. 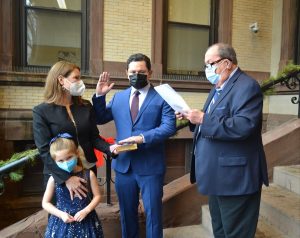 “We are humbled and privileged to serve the residents of Hoboken on the City Council,” said Council members Doyle, Jabbour, and Quintero. “We are grateful to our community for giving us the opportunity to serve the public and are eager to continue tackling the many issues before us. Thanks to City Clerk James Farina for swearing us in today, and to the residents of our great city for putting their trust in us.”