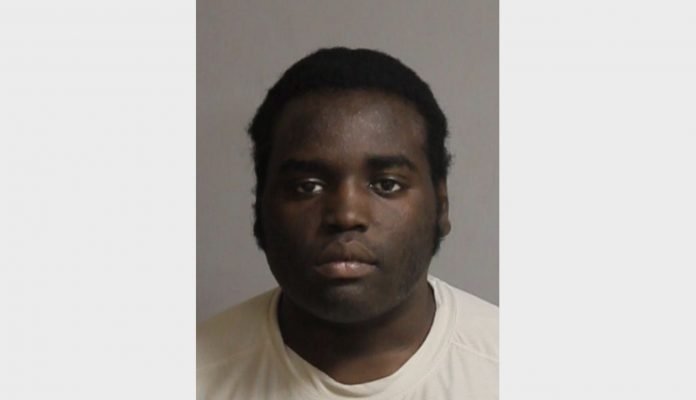 Incident Detail: At about 6:33 AM, while in the area of 10th and Washington Street, a male victim was struck from behind by a garbage can. The victim turned around and was confronted by a male identified as Rakeem Nichols. A physical altercation ensued between the victim and Nichols. As Nichols was engaged in a physical altercation with the victim, the victim’s wife came to her husband’s aid. Nichols also became involved in a physical altercation with the victim’s wife. The two victims separated themselves from Nichols and fled the area. The two victims flagged down Officer John Hermann who was patrolling in the area. Officer Hermann gave a description of Nichols and Sgt. Robert Roman, P.O. Christopher Barral, and P.O. Joshua Campoverde stopped Nichols in the area of 1108 Bloomfield Street. On scene investigation lead to the discovery of one of the victim’s cell phone in Nichols possession. Nichols was identified by the victims and placed under arrest. Nichols was transported to headquarters, where a continuation of the investigation was conducted by Det. Michael Miranda. The investigation by Det. Miranda led to charging Nichols with two counts of Simple Assault.

The Mayor’s “inclusionary" ordinance allows developers to build off-site luxury units anywhere in the city within the same "tier". This means that developers can build their luxury units in Newport, and drop their affordable housing units out by Route 440, or build their high rises in Journal Square, and build affordable housing units up by Union City!

Working class families should have access to the same transportation and conveniences that high income households do. Please sign our petition demanding an inclusionary ordinance that puts #PeopleOverProfits: actionnetwork.org/petitions/jerseycityizo. ... See MoreSee Less

How much more in property taxes?