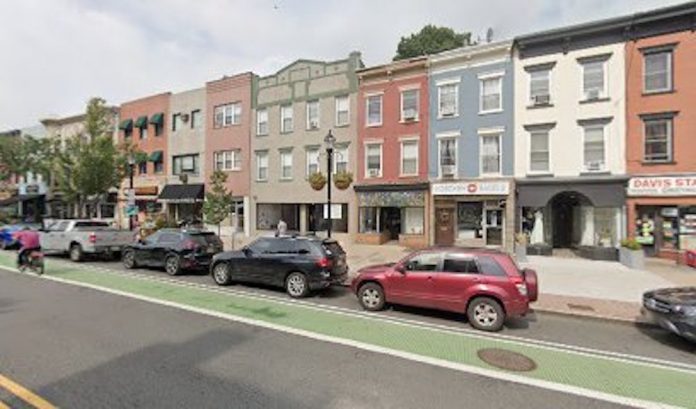 Hoboken for Responsible Cannabis, Inc. Files Lawsuit Against Hoboken Planning Board and Blue Violets LLC
Citing Planning Board Violated Local Ordinance When It Approved Blue Violets Cannabis Dispensary
Hoboken, NJ (October 24, 2022).  Hoboken for Responsible Cannabis Inc., a newly established non-profit founded to ensure the proper implementation and regulation of Hoboken’s burgeoning cannabis industry, has filed a complaint in Hudson County Superior Court against the City of Hoboken Planning Board and Blue Violets LLC. The complaint sites that the Planning Board did not have jurisdiction to review the application for the Blue Violets dispensary and violated Hoboken’s ordinances when it approved the application.
Hoboken passed a Commonsense Cannabis ordinance that went into effect on April 28th, 2022 that prohibited cannabis dispensaries from being within 600 feet of primary and secondary schools.  The proposed Blue Violets dispensary to be located at 628 Washington Street, would be just over 200 feet from both Hoboken Charter School and All Saints Episcopal Day School which combined educate approximately 300 Hoboken students.   Blue Violets did not submit a complete application to the Hoboken Planning Board until after the Commonsense Cannabis ordinance went into effect.
“Hoboken City Council voted 8-1 and Mayor Bhalla signed into law an ordinance that prevents cannabis dispensaries from opening up in close proximity to schools.  The city needs to abide by the laws they passed,” says Liz Urtecho, a founding member of Hoboken for Responsible Cannabis and parent of former All Saints students. “It’s hypocritical and negligent that members of the City Council would vote for a 600-foot school boundary to protect kids one day and then endorse Blue Violets which is located just over 200 feet away the next.”
“To me, this is simple,” says Jeff Tennenbaum, a founding member of Hoboken for Responsible Cannabis and parent of a Hoboken Charter School student. “With recreational cannabis having been legalized in New Jersey and with the Hoboken government having made the decision to allow six dispensaries to open in the city, we just want to make sure that all stakeholders’ interests are being considered thoughtfully and responsibly.  That leaders in our city’s government continue to support a dispensary opening within approximately 200 feet of two K-8 schools, a high school, and a daycare, despite the ordinance they passed prohibiting one within 600 feet, defies reason and common sense.”
Hoboken for Responsible Cannabis, Inc. (HRC) has also submitted a letter to the New Jersey Cannabis Review Commission informing them of the complaint filed.  HRC is a non-profit corporation with a registered address in Hoboken, NJ.