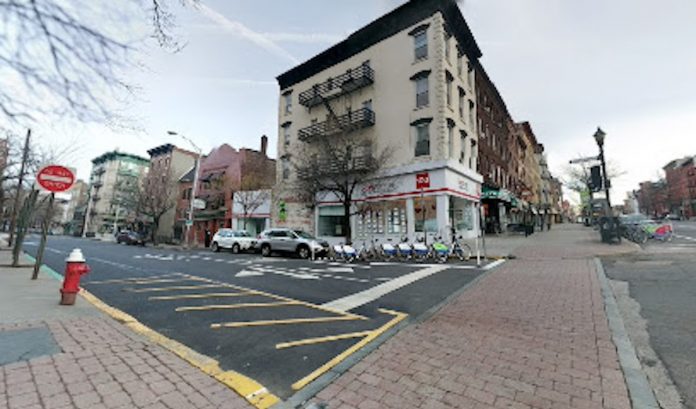 Cabrera says at about 3:22 yesterday afternoon, a witness reported a male had just broken the back windshield of a motor vehicle in the area of 3rd and Washington Streets. The witness followed and supplied a description and direction of travel of the alleged actor. Moments later, police located the suspect in the area of 1st and Washington Streets.

The suspect was later identified as Melon 26.  As police approached Melon and gave him verbal commands to stop, he refused to comply.  He continued to walk past the officer. A detective then arrived and also attempted to stop Melon, who then shoved the detective and took a fighting stance.

That’s when the two law enforcement officers approached Melon to place him under arrest. Melon resisted arrest with force.  A third and fourth officer arrived and they were able to place Melon under arrest.  As Melon was being escorted to a radio car, he turned towards Detective Sergeant William Collins and spat on his face.  Melon was placed in the radio car and transported to Hoboken University Medical Center.

While being escorted out of the radio car and into the hospital, Melon continued to resist officer’s control and he assaulted a second officer.   When Melon was taken into the hospital for treatment, he was found to be in possession of drug paraphernalia.

All of the charges were placed on a warrant and Melon was transported to the Hudson County Correctional Facility.

Defendant is innocent until proven guilty in a court of law