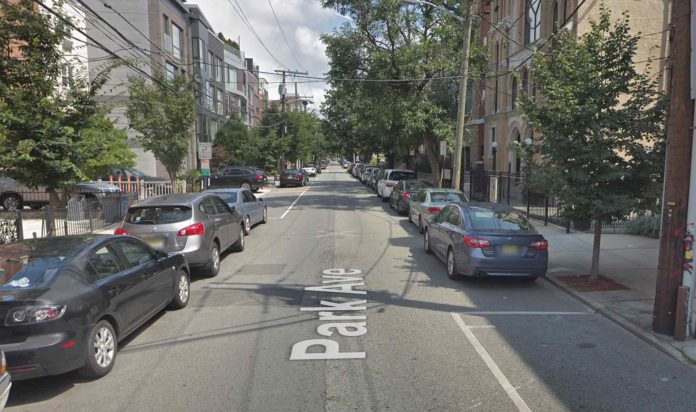 Incident Detail:  At about 9:50 PM, on Friday, August 14, 2020, Officer Anthony Olivera and Officer Shelby Seickendick were traveling eastbound on 1st Street when they pulled behind a white Nissan Altima stopped at the intersection of 1st and Harrison Street. The vehicle was stationary, no other vehicle was approaching, and the stop sign was on Harrison Street. There was no stop sign on 1st Street and after a few seconds, Officer Anthony Olivera activated his emergency lights in an attempt to attract the driver’s attention. The vehicle continued to remain stationary and after a few seconds proceeded to drive forward. Officer Olivera continued in the same direction and both officers started to smell a strong odor of burnt marijuana. The smell continued as they traveled behind the vehicle. After several blocks, they initiated a motor vehicle stop in the area of 115 Park Avenue with two occupants. During the motor vehicle stop investigation, Officer Anthony Olivera and Officer Shelby Seickendick discovered raw marijuana, partially smoked marijuana cigarettes, and drug paraphernalia. The driver Krystal Nesbitt 24 y/o Female from Union City, NJ and the passenger Ezra Moore 22 y/o Male from Orange, NJ were placed under arrest. They were both charged with Possession of Control Dangerous Substance Marijuana and Possession of Drug Paraphernalia. Their charges were placed on summonses and released with a court date. Nesbitt also received a motor vehicle summons for Possession of Control Dangerous Substance in a Motor Vehicle.