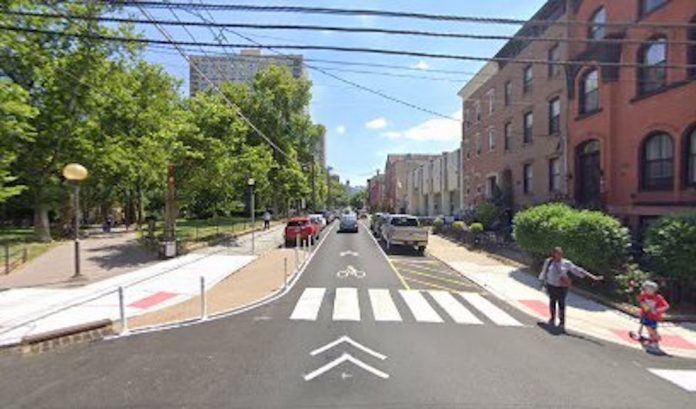 The Hoboken Police Department this morning successfully brought to a conclusion a dispute which could have escalated into a dangerous situation on the 500 block of Hudson Street.

According to Hoboken Police Detective / Lieutenant Jonathan Mecka, the dispute surrounded a resident of that block involved in a dispute with a construction crew doing work on Hudson Street.  Mecka says, “The dispute was over what time street construction began. During the dispute it was alleged that a rifle was shown. The Hoboken Police Department responded and promptly made the area safe. They along with the Hudson County Swat Team were able to make contact with the suspect who willingly surrendered.”

No injuries were reported and the Hoboken Police Department has one person in custody.

The investigation is ongoing and any further information will be released when possible.