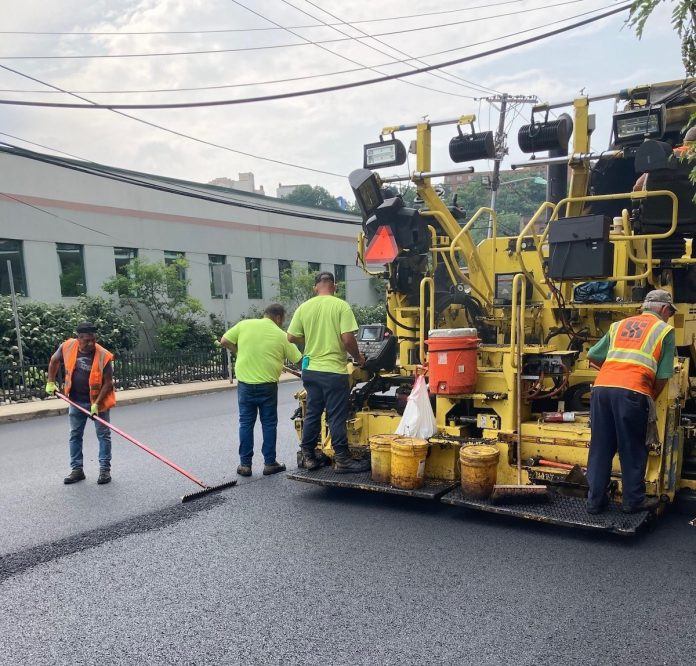 City to Begin Infrastructure Improvements to Second Street Next Week

The City of Hoboken will begin milling and paving operations of 13 blocks of roadway next week, utilizing a $734,000 grant from the New Jersey Department of Transportation Vision Zero upgrades will be implemented after repaving, including 12 painted curb extensions, one concrete curb extension, 46 high visibility crosswalks, ADA-compliant ramp upgrades, flexible bollards, and new striping.

“Upgrading Hoboken’s roadway infrastructure, with an emphasis on Vision Zero improvements, continue to be a priority,” said Mayor Ravi S. Bhalla. “Our aggressive repaving schedule will make our streets safer and more accessible for all modes of transportation.”

Starting on Monday, May 2, the City will repave and upgrade Second Street from Clinton Street to River Street, Third Street from Park Avenue to Washington Street, and Sixth Street from Jackson Street to Madison Street. No parking signs will be posted along those routes for the estimated days of milling and paving

The project is part of the City’s 2022 Resurfacing and Complete Streets Program, in which 82 blocks of roads are scheduled to be upgraded by the end of this year.

More information about the project’s construction schedule will be posted on the City’s Construction Updates page at www.hobokennj.gov/construction.

To see a map of active road closures in Hoboken due to construction, visit www.streets.populus.ai/hoboken/closures.