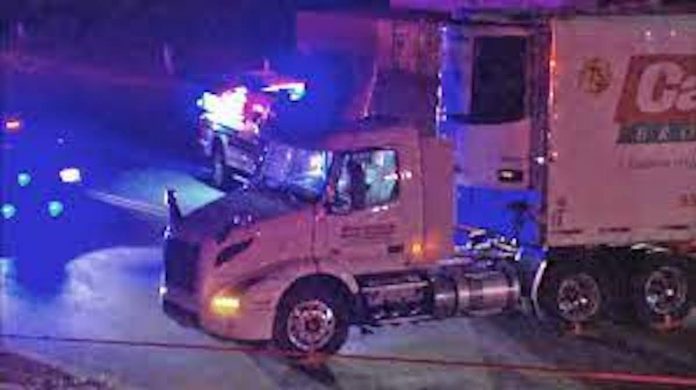 According to the ABC report, a speeding car crashed into the rear of the 18 wheeler on Tonnelle Avenue, Routes 1 &9 at approximately 2:15 this morning.  The crash took place at the Paterson Plank Road overpass, forcing the closure of the highway in both directions as an investigation took place.

According to police reports, the truck was backing up into a business to make a delivery when a 2022 gray Kia Stinger slammed into it.  Because of the high rate of speed at which the Kia was traveling, the roof of the Kia was sliced off and two passengers were killed instantly.

According to WABC channel 7, the driver was a 24-year old North Arlington, male resident and the passenger was a 27-year old female from Bergenfield.  Police say surveillance video from area cameras shows the Kia speeding along Tonnelle Avenue prior to the crash.