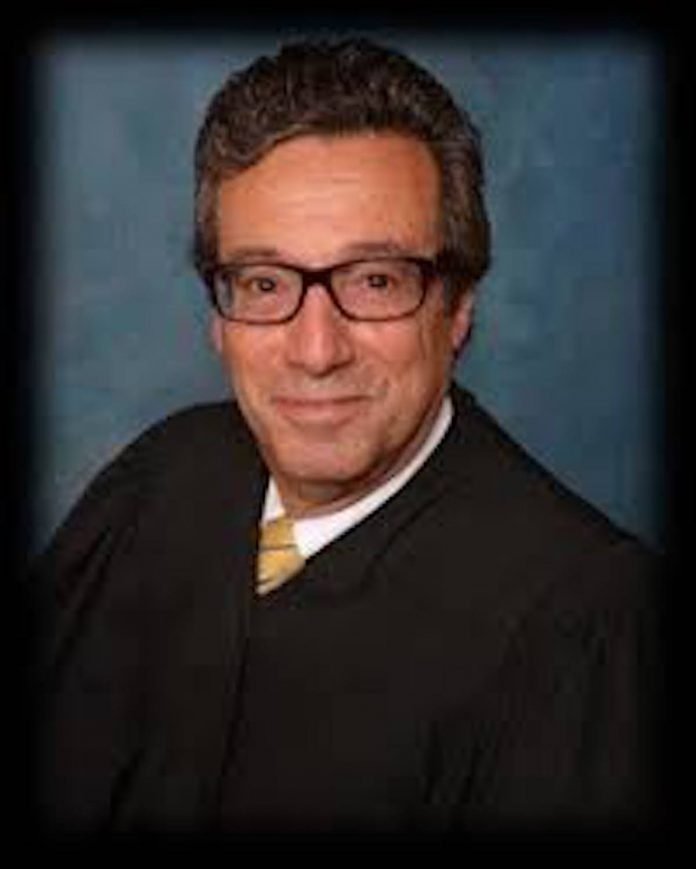 Jersey City-The Hudson County Board of Commissioners applaud, honor and commend Peter F. Bariso, Jr. for his extraordinary service as Judge of the Superior Court in Hudson County and congratulate him on his retirement.

Peter F. Bariso, Jr. is an inspiring public servant whose integrity, professionalism and compassion greatly enhanced the quality of life of Hudson County residents; he is retiring as Assignment Judge of the Superior Court after 16 years of distinguished service on the Hudson County bench.

Appointed to the New Jersey Superior Court in 2005 by Governor Richard J. Codey, Peter F. Bariso, Jr. served as the Presiding Judge of the Hudson Vicinage’s Civil Division from 2006 to 2012 and became Assignment Judge in 2012, giving him judicial responsibility for all trial courts in Hudson County, including the Superior Court and all municipal courts.

Judge Peter F. Bariso, Jr. frequently lectures on civil litigation issues for the Judiciary, the New Jersey State Bar Association, the Hudson County Bar Association and the New Jersey Institute for Continuing Legal Education, among other organizations. He has been an instructor for ICLE’s Civil Law segment of the Skills and Methods course for newly admitted attorneys. Judge Bariso is a recipient of the NJICLE Distinguished Service Award for Excellence in Continuing Legal Education.

Judge Peter F. Bariso, Jr. graduated from Rutgers University in 1976, where he received a bachelor’s degree magna cum laude and was elected to the Phi Beta Kappa honor society. He received his juris doctor degree from the Rutgers University School of Law in 1979. After law school, he clerked for Superior Court Judge J. Emmet Cassidy before entering private practice, specializing in civil defense litigation for corporate, insurance, and individual clients. In 1988, he established a successful defense firm, Peter F. Bariso, Jr., Esq. PC., concentrating in civil litigation and worker’s compensation, which merged in 1995 with what, is now the Chasan Lamparello Mallon & Cappuzzo firm. Upon his retirement, Judge Bariso will be returning to the Chasan firm.

Board Chairman Anthony Vainieri, the Board of Commissioners in conjunction with Hudson County Executive Thomas A. DeGise, extend its highest commendations and appreciation to Judge Peter F. Bariso, Jr. for his dedicated service as Judge of the Superior Court in Hudson County, including his tenure as Assignment Judge of the Hudson County Vicinage, and his tireless dedication to the citizens of Hudson County.

The Board also congratulates Judge Peter F. Bariso, Jr. on his retirement and wishes him much health, happiness and enjoyment in the years to come.